As citizens from around the world, we are deeply saddened by the recent dolphin 'Grind' -- a feeling shared by over half the Faroese people. Together, we think these hunts should be banned. While we respect cultural traditions, the world is changing, and all our cultures have to evolve. We call on you to immediately place a full moratorium on these hunts while a rigorous science-based assessment is conducted, with the sincere hope and conviction that they should be ended for good. 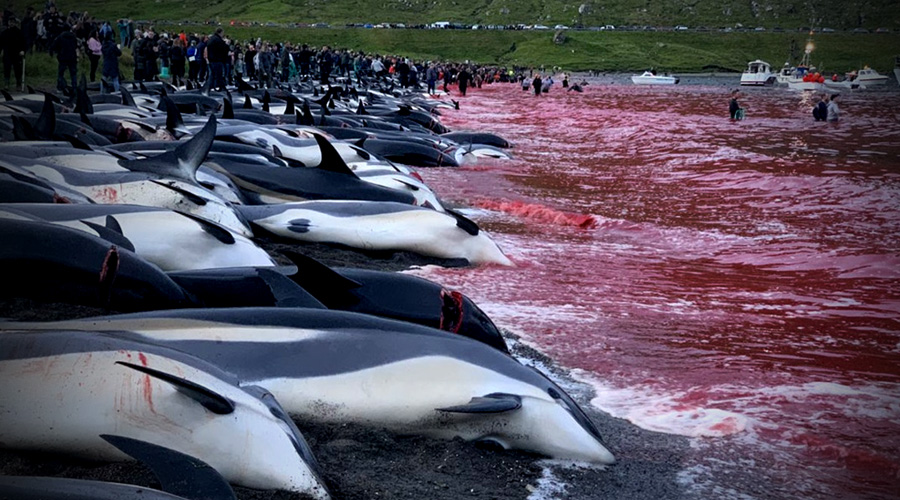 Locals call it the 'Grind' -- a brutal hunt where hundreds of dolphins are trapped in a cove, and butchered.

1,400 dolphins were driven onto the beach and slaughtered one by one. Terrified dolphins thrashed around as pregnant mothers and calves were also killed. Many suffocated on the sand. Days later another 53 pilot whales were killed.

Over half the islands' citizens want dolphin hunts to end, and after huge public outrage, the Prime Minister pledged to review the hunt's regulations -- but that was weeks ago, and there's a real danger that it could be dropped as media coverage fades. But with a million voices, we'd force this back on to the agenda, and put massive pressure on the Prime Minister. Add your voice to take a stand -- before the next hunt happens.