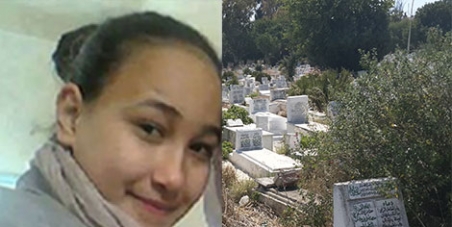 This petition is closed
24 have signed. Let's get to  250
24 Supporters
Yesmina B.
started this petition to
The Tunisian government
On May 28, in Tunisia a 13 year old girl was walking home from school with a male classmate. According to her father's 'religious' beliefs Eya by doing so brought shame to her family. After this incident the father burned his daughter alive. Eya succumbed to her fourth degree injuries after having spent 9 days in the hospital, her father is arrested! Honor crimes are rare in Tunisia, especially when having such a macabre aftermath.

Almost as shocking and gruesome is the abetment of the political parties. Too busy campaining for the upcoming elections made Eya's story inferior to their agenda.

Tunisia is a country that cares alot about its reputation, and let's face it, with the new democratic constitution honor killing do not fit the picture perfect of modern Tunisia. This petition is a call to the political leaders to own up to their apathy and obscurantism, to take responsibility as Tunisia's leaders and to not shove Eya into oblivion.
Report this as inappropriate
There was an error when submitting your files and/or report.
Inaccurate Inappropriate language Hate speech Illegal Commercial/spam Offensive