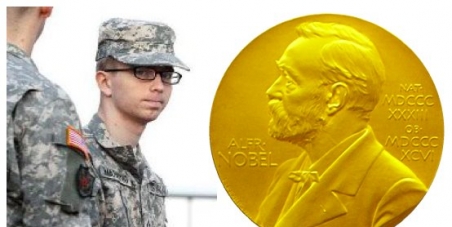 By continuing you agree to receive Avaaz emails. Our Privacy Policy will protect your data and explains how it can be used. You can unsubscribe at any time.
This petition has been created by Daniel Ellsberg . and may not represent the views of the Avaaz community.

Sign this petition
Daniel Ellsberg .
started this petition to
Judge D. Lind, US Military
Accused WikiLeaks whistleblower and Nobel Peace Prize nominee Bradley Manning will spend the rest of his life in prison for telling the public the truth, if US officials get their way. Government conduct, apparently aimed at discouraging whistleblowers, has ignored due process and made a fair trial impossible. But, in the past, outrageous government conduct has led judges to dismiss the charges against whistleblowers. Tell the judge in Bradley’s military Court Martial to do the same!

- Both President Obama and Chairman of the Joint Chiefs of Staff General Dempsey have declared publicly, prior to trial, that Bradley “broke the law." Their statements make a mockery of presumption of innocence and have prejudiced the proceedings with Unlawful Command Influence (UCMJ: Article 37).

- The prosecution has withheld key evidence which the defense believes will show that Bradley's alleged actions have not damaged US national security. And there is clear evidence that the leaks were motivated entirely by conscience. Yet the military says that Bradley's intention should not even be considered by the court, and that he should be convicted of 'Aiding the Enemy' and sentenced to life in prison, regardless of any moral motive, lack of harm, or overwhelmingly positive results of the disclosures. Against all Justice, this would make any kind of whistleblower defense impossible.

Today: Daniel Ellsberg . is counting on you