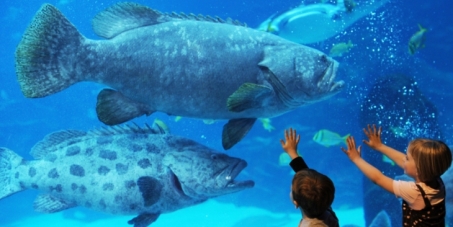 Over 120 million invested to imprison animals in an aquarium. The 'new' aquarium in the city of Rio de Janeiro - Brazil - will have 25 tanks with eight thousand three hundred species of animals. These animals will be enslaved their whole lives to meet the entertainment needs of tourists and locals. The action is a partnership between the Brazilian government (Rio de Janeiro) with private companies such as Coca Cola. Most animals will be caught or bought in international trade; others will be exchanged with aquariums worldwide.

We cannot allow this. Say NO to this new sea prison.