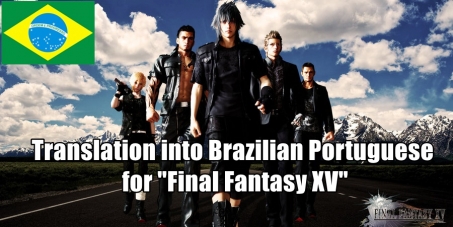 Assinar essa petição
Anderson A.
começou essa petição para
SQUARE ENIX CO.
The Final Fantasy series revolutionized the game world with its history, plot and gameplay and also reinvented the JRPG style many times over the years. We have a huge community of players in Brazil, but a low amount of users accompanying the series on consoles, mobiles and PC. The announcement of Final Fantasy XV brought an uproar to all the fans and also great anxiety for those who hasn’t played any of the previous games. As Final Fantasy brings a lot of history based content, a lot of players end up avoiding the franchise exclusively by the absence of subtitles for our language.

Therefore, we are requesting a translation to our language so people with English issues will be able to fully enjoy FF XV, which will make Final Fantasy series to reach new consumers in Brazil, the fourth biggest game market in the world. Ultimately, i believe that Square Enix will gave us attention if our request reach a large number of signatures and our market will respond accordingly.