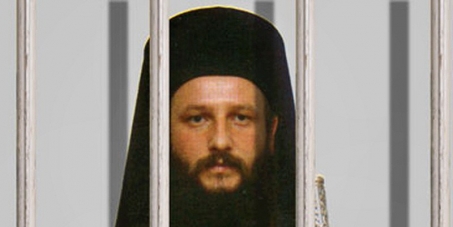 *As you read these lines, a man's life is in danger and a grave injustice and human rights violation are being done to him and others.*

In the last twelve years His Beatitude Archbishop of Ohrid and Metropolitan of Skopje Jovan VI (Vraniškovski), who is pan-Orthodoxly renowned and recognized as the canonical Prelate of the ancient Ohrid Archbishopric, was seven times either imprisoned or in custody, for fictitious «criminal activities».

The conditions of his imprisonment are inhuman - locked in a cell for twenty-three hours a day, with only one hour to walk, with visits even by his mother and sister prohibited, as also the reading of books etc, denied visitation leaves, as well as his right to receive Holy Communion, even his right to religious confession – despite the fact that he has diabetes and serious problems with his spine... Moreover, there are reports that he is being deprived of his medication and refused the surgery that doctors had recommended!

The reason behind this torture is that Archbishop Jovan didn’t follow the FYROM state-ordered abolishment of the “Agreement for Establishing Church Unity” that was signed on 2000 by delegates of the so-called «Macedonian Church» and of the Serbian Patriarchate, but instead entered in liturgical and canonical unity with the Serbian Patriarchate and thereby with universal Orthodoxy worldwide.

Not only Archbishop Jovan is in prison again, but he and other members of the Orthodox Ohrid Archbishopric were physically attacked on a number of occasions and the churches they have built or used have been destroyed, as the 2006 Freedom House report on Macedonia confirms.

Of course all this is just not right. Archbishop Jovan and is flock should be left alone, the Orthodox Ohrid Archbishopric should be granted the right to register as a religious community and its members should be given back their confiscated property - without the unacceptable blackmail that the release of Archbishop Jovan is conditioned with his permanent leave of FYROM!

Amnesty International has found the Archbishop Jovan to be a Prisoner of conscience, but the FYROM government doesn't care.
However it sure will, if many of us demand immediate release of Archbishop Jovan of Ohrid - and demand it from the right people!

Let's urge them to implement all possible means right away so that this crime cease being perpetrated, once and for all. Let's sign, to make religious persecution history. Enough is enough, the times they are a-changin’. And Justice for All!

*To read the petition in other languages (Ελληνικά, Pусский, Français, Türkçe etc) please go to http://freejovanvi.wordpress.com.*