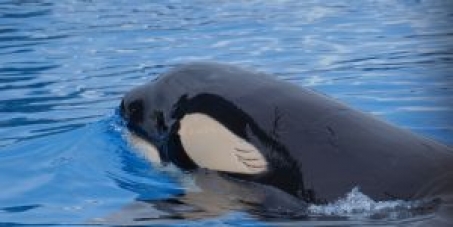 Firma esta petición
Carolina M.
creó esta petición para
Dutch Ministry of Economic Affairs, Agriculture and Innovation, Dutch Cites Bureau
Great Ape project (GAP/PGS-Spain) pleads for Morgan, the killer whale, to be returned to her habitat, once healed from the wounds that lead her to be taken to a Dutch recovery centre.

Her capture was made under the claim to heal her wounds, but there is currently no reason for her to live in captivity in a Spanish zoo, since circus shows make these species turn into wild clowns confined to tiny spaces and make them do tricks inappropriate for their species.

Morgan is a killer whale born free, she can perfectly cope in her inhabitant once recovered of her wounds.

For this reason, Great Ape Project (GAP/PGS-Spain), urges the European Union to transfer Morgan from Loro Parque Zoo in Tenerife (Canarias, Spain) where it currently lives back to her in habitat and her family group, otherwise she will live in captivity without the possibility to be reinserted for the rest of its life.