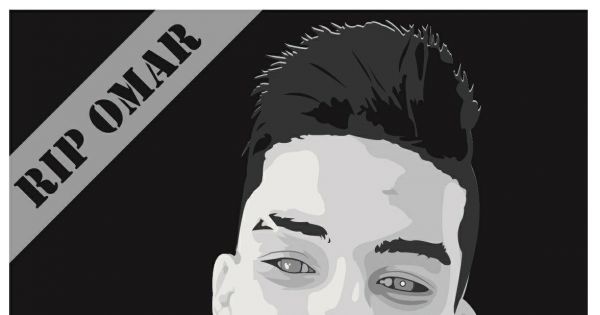 Signer cette pétition
Bayrem K.
a lancé une pétition à destination de
تعلم عوم
In Tunisia, a country which is often described as portraying the only glimmer of hope in terms of human rights in the MENA region, the only Arab spring country which effectively developed into a democracy, a despicable crime was committed by the police against a 19 year‐old school pupil who was about to sit for his Baccalaureate exam in two months.
Omar Laabidi, died a dreadful death by drowning after being aggressed by the repressive Tunisian police, a crime which was greeted with widespread indifference by the Tunisian Government and politicians of all sides.

On Saturday March 31st, 2018, Omar went to watch a football match between his team the CA and another team. A scurry ensued between the opposing supporters and fans and as is customary, the police intervened with unbounded violence to disband the supporters, using their truncheons and tear grenades. The young supporters, among whom was Omar, scattered in all directions running away from the unbridled brutality of the police forces but the latter continued to pursue them, far from the stadium premises through a forest about 3 kilometers away, to the bank of a stream, the Melian Oued.
Omar Laabidi, the young football fan, born in Fouchana, one of Tunisia's typical underprivileged towns of which there is an abundance in the country, a town where scarcity is the rule and from which young people escape every Saturday to go to the stadium to unwind and have fun, as nothing is provided for them in their towns to this effect, not a gaming hall, not a leisure center and certainly not a cinema. Omar went to the stadium with his friends and Omar left the stadium running as fast as he could to escape from the policemen. Omar ran right to the bank of the stream Oued Melian with the police on his tail, then he stopped for a minute at the edge of the water turning back to the policeman who was at his heels exclaiming:
"I don't know how to swim!"
In horrifying disregard for his life, in spite of his cries for help and all his pleading that they should take him to the police station or let him go, young Omar was compelled to throw himself in the stream, when his persecutor cynically enjoined him to jump in and learn how to swim! "Ta3llem 3oum!" said the policeman sarcastically.
Under the very eyes of the indifferent police forces and the powerless cries of his friends pleading with them to help him, Omar sank in the current and drowned.
Witnesses of the gruesome scene reported these facts, they spoke of the martyrdoom endured by Omar at the hands of the merciless police. This tragic drowning took place at 5.20 pm on Saturday, but Omar's body was only fished out at 7 am on Sunday.
Omar will be known from now onwards as the victim of relentless police repression, as the Martyr of social discrimination and injustice practiced casually by the police and authorities against the youth of underprivileged, marginalized neighbourhoods in Tunisia.
Not a single official in the government has contacted Omar's family to present their sympathy and condolences. An official inquiry is said to have been launched by the authorities, but a witness to the facts who recorded a video of the scene, reports that he was compelled under threats from policemen to delete this video and to refute his first testimony of the facts. This does not augur well of the thoroughness and conscienciousness of the police's investigation, in which they are supposed to uncover evidence of the guilt of their own colleagues. It seems that they want to botch the inquiry and exonerate their guilty fellow policemen, as is proven by their forcing the witness with the video to suppress the damning evidence.

Let's unite together towards achieving the goal that justice may be done, let's sign this petition so that the policemen who were at Omar's heels and who led him to jump in the water to his death will be denounced and sued in court! That's all that Omar's family is asking for, that justice be delivered through prosecution.
Omar's distraught mother begs you to sign this petition so that the tragic destiny of her son, a child of the ghettoised neighbourhoods in which misery is the daily bread of all, should not be that of other young people who like Omar aspire to at least be able to go to watch a football match without being casually beaten up and ultimately killed. Youth who hope to continue to dream of better days in this country, in which the suffocating shackles of the repressive authorities lead them to despair, a country in which the violent police practices of the Ben Ali era have been resumed amidst the generalised indifference of the Tunisian Government and the politicians of all sides.