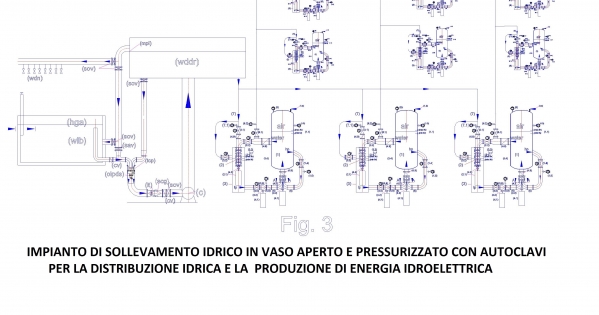 AUTORITY OF eNVIRON MENT AND ENERGY: we invite everyone to think about the immense possibilities that the enviro

Firma la petizione
Luigi A.
ha lanciato questa petizione diretta a:
AUTORITY OF eNVIRON MENT AND ENERGY
Who will win
the race to the miraculous energy?

Some
producers of renewable energies have taken up the challenge of BILL GATES, who
stated that intends to finance an energy miracle (A reactor fueled by nuclear
waste that meets the US energy needs for the next 800 years). They say that
this energy does not serves because their energy is already miraculous, being
renewable and having halved the costs. Even SPAWHE, that is not a producer and  have not funds for research, has  taken up the challenge, but says that the
miracle did it nature by creating the air compressible and water incompressible
that put together intelligently, can produce all the energy we want in fixed
and mobile version with insignificant cost compared to current energy and also
to those of the future.  If this, until
now, has not happened was for hydropower fault with the hydraulic jump, which
put off the road designers, being the hydraulic jump a particular case where
overlap the static and dynamic water pressure drop that passes through the
turbine. But this case is no longer reproducible, having made wide use of the
existing hydraulic jumps. Continue to produce hydroelectric energy with the
hydraulic jump, it becomes more and more uneconomical and wrong of the
environmental point of view. But SPAWHE examined the subject, only with
reasoning, and today can say with certainty that there are many ways to produce
hydroelectric energy without the hydraulic jump, recycling water, even raising
the water, and even taking advantage of the artificial pressure of an autoclave
tank. In the new hydrology, especially when it is necessary to recover and
lifting water, we can control the flow of water with stepper motors mounted on
the valves and inverters that regulate with precision the speed of the pumps. When
the volumes of water are small and the pressures are hig, if place side by side
two tanks, one of which pressurized with compressed air and one at atmospheric
pressure and realize the hydraulic scheme shown in the figure, we can limit the
oscillation of the water level in both tanks in a very narrow range, always
recycling the same water, through the computerized control of the valve
position and the speed of the motors. The dynamic energy of the water that
passes through the turbine is produced by the compressed air cushion which can
not leave the space assigned in the autoclave by level regulators, and
therefore exerts a constant pressure on the water entering the turbine, that
the discharge in the open tank, from which it is re-inserted, without solution
of continuity, in the pressurized water recycling circuit of the autoclave,
entering from the second suction mouth of the pump with double power. Since
does not vary the volume of water inside the autoclave tank, we must not
overcome the opposition of the air cushion but only the frictional resistance
of the closed circuit, which are small in size compared to the static pressure
exerted by the compressed air.