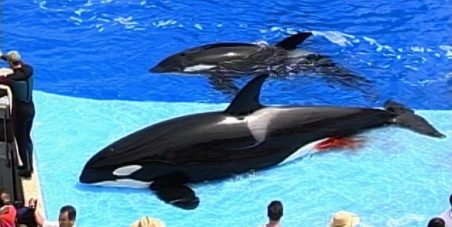 WWF: End your partnership with SeaWorld and start respecting wildlife!

Deze petitie ondertekenen
Patries M.
heeft deze petitie aangemaakt voor
WWF
The World Wildlife Fund got into bed with SeaWorld quite some time ago (in 1987 to be exact) and the global conservation charity has been on the receiving end of this relationship ever since. Money made from the exploitation of captive marine life has exchanged hands, as exposed in an article that we - and WWF - just couldn't ignore.

Four days after this partnership was publicly highlighted, UK-based awareness campaign Orca Aware contacted WWF UK's offices. Orca Aware was informed that WWF staff had already been inundated with phone calles sharing concerns about SeaWorld and the plight of captive marine mammals. Many more have been sending emails and posting on WWF's social media pages to express their disapppointment. It appears that loyal, long-term supporters of WWF have been cancelling their memberships and withdrawing their financial donations.

WWF are a wildlife charity, yet they are being part-funded by a company who are in the business of exploiting wildlife - this conflict of interest does not sit well. And WWFhave been feeling the pressure too, making several attempts to respond to public criticism.

WWF have removed the SeaWorld logo from its Marketing Partners webpage. But this isn't the only edit WWF have made. They have also pulled down a second partnerships webpage that mentions the 2010 SeaWorld Cares ticket promotion. You can still access the original page.

WWF, are you trying to hide your partnership with SeaWorld? We know that this is another blow to the corporate entertainment giant, who are already weighed under with declining attendance and falling revenue, dropping stock, it's own CEO dumping shares, worldwide protest from the no longer paying public, musicians cancelling shows at parks, Twitter comments and PSA's from celebrities, proposed legal bills to stop the display of captive orcas in shows, as well as members of U.S. congress recently calling for updates to protective legislation for captive cetaceans to reflect the latest science. And now WWF seems to be jumping ship too - or are they? But not to the question we are asking. They have provided an FAQ response to the question, "What is WWF's relationship with SeaWorld?" when what we really want to know is, "How can WWF justify taking money that has been made from the exploitation of marine mammals, and will WWF address this issue now that the public is not happy with its source of funding?

WWF UK state that their 'focus is on protecting endangered species in the wild and their habitats'. This seems to be their first attempt at distracting our focus away from the actual
issue - that cetaceans suffer in captivity and WWF take money from this suffering. They are reminding us of the great work they do for some wild animal species. However, none of this great work is for any orca population anywhere in the world, captive or free-ranging (which comes across as a little species-list)

They say their focus is on protecting wild endangered species, but how can they justify their partnership with SeaWorld? This is the company that carried out the wild captures of Southern resident orcas in the 1960's and '70's, contributing to their endangered status today.

WWF UK state that 'The SeaWorld & Busch Gardens Conservation Fund, which supports a number of conservation organisations, has donated funds to our work annually through WWF in the USA.' WWF are very clever with the language they have used. Firstly, they deploy another tactic to distract attention away from themselves by mentioning the other conservation organisations that are 'supported by' SeaWorld. Are they trying to pass the buck or share the blame here? Secondly, they do not openly acknowledge that they are in a partnership with SeaWorld. The comment is non-committal and seems to be heading in the same direction as the SeaWorld logo - off the page.

WWF UK agree that they 'would never condone the mistreatment of captive animals....' (Can you hear the 'but' coming?)

'....but we are not able to comment no the issues raised in "Blackfish" as these do fall outside our area of expertise.' Who said anything about Blackfish? We are not asking them to give us a movie review. We are asking WWF to comment on their association with the suffering of 23 (at time of writing) sentient lives who are languishing in concrete coffins of a company they are in partnership with.

And if they are telling us that they do not work alongside or are unable to get in contact with cetacean experts who are able to educate them about how captivity affects the welfare of cetaceans, then every single one of their cetacean-related campaigns must be called into question. How are they able to speak with any authority on any cetacean-related topic without expertise?

WWF take money made from the exploitation of animals. They do not address this in their statement. By partnering with SeaWorld, WWF are condoning the mistreatment of captive animals - there is no 'but' about it.

Many WWF supporters have asked the charity to address this issue with due care and attention, but WWF just aren't donig it. Instead, WWF UK have been telling the concerned public that it's
"a real shame" to have lost their support and that they are "really sorry" for it, followed with the link to the FAQ response.

In a Facebook reply, WWF UK have slightly expanded their FAQ answer. They say they acknowledge the 'legitimate role of maintaining captive animals in zoos and aquaria when those institutions adhere to strict international standards...' But evidence and expert opinion all suggest that these standards are not - and cannot ever be - good enough. What do WWF say to this?

Well, even WWF UK say nothing. And every other branch of WWF, including WWF USA, who are actually in the partnership with SeaWorld, seem to have held their silence. Perhaps instead of ignoring their supporters'concerns, WWF should instead be asking what they - what YOU - think about this partnership:

"Is it right or is it wrong to take money from SeaWorld?"