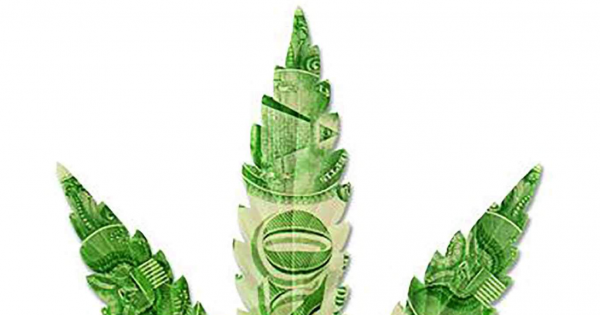 Could legalize cannabis help save the European (and Global) economy?

The Economic Benefits of Legalizing Weed
Impact on Tax Revenue
Better than expected sales of marijuana in Colorado and Washington over the past several years have resulted in buoyant tax revenues. In 2019, Colorado collected more than $302 million in taxes and fees on medical and recreational marijuana. Sales in the state totaled over $1.7 billion. Sales in the U.S were $12.2 billion, in 2019, and is projected to increase to $31.1 billion by 2024. Local research recently found that the legal cannabis industry has contributed more than $80.8 million to the local economy in 2017, primarily through taxes and other fees.

Income and Jobs
A 2016 study on Nevada says that legalizing recreational marijuana in the state could support over 41,000 jobs till 2024 and generate over $1.7 billion in labor income.

Investment Opportunities
Legal marijuana presents the possibility of tremendous benefits to economies on a local and a national scale. It also could help to secure the investment portfolios of investors across the country and further afield as well. While investors do have the option of working with over-the-counter exchanges, many of the most successful businesses in the early legal cannabis space have been based in Canada or other countries.

Save of Money
Currently, federal marijuana enforcement costs several billion dollars per year. A 2013 report found that the costs at that time were approximately $3.6 billion per year. The more states that legalize cannabis, the lower the cost of enforcement would likely be. If marijuana were removed from the list of controlled substances, far fewer court cases involving the substance would go to trial, resulting in fewer incarcerations, and, in turn, more money saved.

May 2020 : The global total cannabis market (regulated and illicit) is estimated to be $344 billion USD.

The European cannabis market is predicted to become a $136 billion industry by 2028 . This is more than four times the projected market value of the U.S. cannabis market, which is estimated to be worth $30 billion by 2025.

As of February 2019, $555 million had already been invested in the European cannabis market. Europe is expected to become the world’s largest legal cannabis market within the next five years, mainly due to the medical sector, which is forecast to account for up to $64 billion by 2028.

Europe Dominates The Medical Cannabis Sector
Industry leaders like Germany, Italy, and the Netherlands have set their focus on expanding existing medical marijuana programs.
Both Germany and Italy are leaders in the global medical marijuana market. With a budget of $1.3 trillion for health care spending, the two countries are positioned to be cannabis market leaders. For example, Italy -- which legalized medical cannabis in 2013, before many of Europe’s other legal cannabis countries -- is expected to generate about $1.2 billion in sales by 2027.

There Are Already Plenty Of Marijuana Users In Europe
With Europe being home to more than 747 million people (more than twice the size of the American and Canadian populations combined), Europe is expected to be driving a large portion of the global demand. In fact, conservative estimates reveal that there are already 23 million people in the European Union who are using recreational cannabis, this means that about 3.3 percent of all Europeans are already using marijuana on a regular basis.

The European Hemp Market Is On The Rise
Today, the industrial hemp industry in Europe is worth at least $1 billion, which is a large chunk of the global hemp industry’s value currently valued at about $3.7 billion. The top players in the European hemp market are France, which accounts for nearly half of the entire European hemp production, the Netherlands, Lithuania, and Romania.
Estonia has also invested large sums into this sector, and the region is projected to become the second-largest hemp-growing place after France.

All we need to do is:
Gather 1 million signatures and ask the EU for a new law - it's open to all EU citizens. When reached we will start up a procedure for a new law that legalizes the production and sales of cannabis for either medical or recreational use.