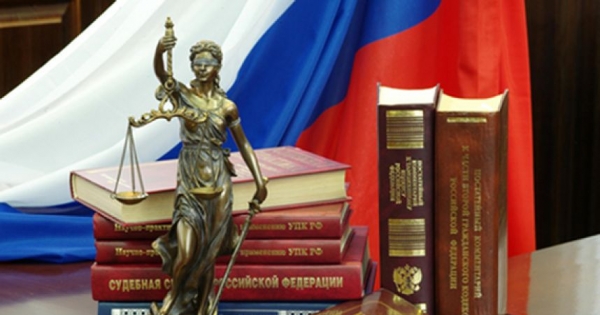 CORROSION OF THE RUSSIAN JUSTISE

To the President of Russia

We, citizens of Russia of different nationalities, religions, professions and beliefs, appeal to you through this petition because we have already exhausted all the possible normal lawful means to fight for justice. Although our backgrounds differ, we share common distress and goals, and together we seek truth and safety for our loved ones and for all citizens of Russia.

As law-abiding citizens of this nation, we are appalled by what we have come to see with our own eyes is a corrupt and unjust system of law enforcement and judicial proceedings. And then to find our imprisoned sons, sisters and husbands facing indecent and inhumane treatment at the hands of the prison system is more than we can bare. Is this what we deserve as productive, tax-paying citizens? Where once we respected police for being brave protectors, we now have discovered they too are corrupted by prosecutors who care not for facts or evidence, but for quick convictions that will boost their own selfish ends. Where, we ask, is conscience? Has everyone in our system of law traded integrity, honor and righteousness for corruption, greed and immorality?

Investigators get awards and career advancement on bringing criminal cases based on planted or concealed evidence, while they are too inept or lazy to actually pursue the truth, allowing the guilty to roam free and continue their unlawful deeds. The prosecutor doesn’t question anything that supports their case; more likely, they encourage any supporting evidence, real or otherwise, to bring about their idea of “swift justice”.

And even judges, it seems, have not the resolve to determine the value of prosecutorial evidence presented, or consider all evidence of the defense (if they, themselves are not likewise corrupted) but instead lean in favor of the prosecution. But, of course, although a judge holds the gravest of powers to control the fate of citizens, they, themselves, are exempt from liability for the decisions they render. Of all officials in the justice system, the judge is the most powerful, yet the least accountable for their decisions. After all, to hold a judge accountable would reflect badly upon the official who appointed them, would it not? Perhaps the time has come for this most important office to be an elected position, voted upon by the citizenry of this democratic nation.

When the Attorney General admits that 30% of our imprisoned population are innocent of the crimes for which they were imprisoned, should we not expect our government to show concern and mandate institutional change? Yet, such a statistic does not seem to be of any great concern. Are they so brazen and detached from morality that such a fact does not keep them awake at night? The evidence of inaction suggests so. While we acknowledge a decree by the president to crack down on bribery within the justice system, bribery is but a single symptom of a system of a thousand ills. Falsification of evidentiary documents, imprudent utilization of existing evidence, outright provocations against seekers of truth, are all routine procedures. Routine also are the inhumane, unlawful use of electroshock, beatings, rapes and other tortures to obtain confessions.

As citizens of Russia, we are better than that, and we expect and demand better from our government. We must, once and for all, break the circle of corruption that, left unchecked, only strengthens and becomes more menacing with the passage of time.
Isn't it time to put an end to the outrages in the law-enforcement and judicial systems? To who and in what words should the Russians appeal for compliance with laws and their constitutional rights for freedom and justice?
We demand the criminal lawlessness of fabrication of criminal cases and tortures be investigated:
- To carry out an inspection of the criminal cases fabricated across all Russia under heavy articles.
- To review immediately the sentences on the all fabricated criminal cases listed below.
- We demand the release of the innocently condemned.
- We demand to bring to justice those responsible for the hundreds of thousands of ruined lives.
This could be the way of purging the law-enforcement ranks of the vermin dishonoring Russia and undermining the state foundations from within.

The list of fabricated cases includes only a few names of the Russian justice victims because most people fear to publish their names for the pressure exerted upon them. Innocent people are sentenced to long terms of imprisonment, including life.