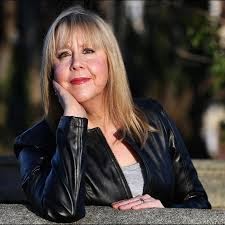 “When I became a cancer patient, I also became a commercial target for bogus alternative treatments and ‘cures’. I’m doing my part to fight this, it’s time for social media companies to do the same.”

My name is Eileen, I’m a cancer patient advocate from Ireland. In 2013, my world was turned upside-down when I was diagnosed with breast cancer. Like most cancer patients, I felt a myriad of emotions at that moment. But mostly I felt powerless and a lack of control. Little did I know that trying to cope with these feelings would lead me to a swamp of cancer misinformation on the web.

When you become a cancer patient, you also become a commercial target vulnerable to exploitation by the “alternative health” quackery business. Most people fighting cancer surely turn to Google or social media to research their disease and treatment plan, as did I. Suddenly my inbox and feeds were flooded with bogus alternative treatments and cures, which - combined with my understandable fearfulness - sent me down a treacherous rabbit hole of pseudoscience and medical quackery. I found misinformation such as claims that breast cancer was supposedly caused by root canals, and that cancer was a fungus which could be cured by bicarbonate of soda. Often these misinformers put up a professional facade, making them appear legitimate. Tragically, when these bogus treatments don’t work, patients are sometimes told that it was their own fault for not following them well enough or for not having enough belief and positive attitude. All of this has the potential of breaking not only people’s bodies, but also their spirits.

Through my own experiences, I’ve been working to reach cancer patients and try to prevent them from going down the same rabbit hole I did. As a cancer patient advocate, I am doing everything I can to stop people from believing health misinformation. However, I can’t do it all by myself. That’s why social media companies have to step in and do their part in this battle for accurate health information. We must hold them accountable - people’s lives are on the line.

“Every parent loves their child and wants the best for them, and medical quacks capitalise on this knowledge. Platforms must take long overdue action to remedy this.”

My name is Emma, I am an autistic rights activist, author, CEO of the Autistic Inclusive Meets organisation. I am the mother of six children, five of whom are autistic. My children are everything to me and they are the reason I do what I do: fighting for other autistic children, teens and adults being abused as a result of misinformation on the internet. For the past five years, I’ve been fighting those who offer fake 'autism cures' online. I have reported 14 sets of parents in the UK alone for using Chlorine Dioxide bleach on their autistic children in enemas and oral solutions, and I have reported two quacks to the Health and Care Professions Council.

The rhetoric and the message sent out to parents is that vaccines have damaged their child by giving them heavy metal poisoning, and that they therefore need to be detoxed. These 'detoxes' involve purging, also called the Herxheimer effect, which causes the child to vomit, have diarrhoea, rashes, weakness and seizures. But it’s important to keep in mind that parents use substances such as Chlorine Dioxide, Turpentine, GcMAF (a banned blood product), CEASE Homeopathy, and TRS spray (a chelating spray) mainly because of the misinformation they’re subjected to by opportunistic charlatans. Every parent loves their child and wants the best for them, and medical quacks capitalise on this knowledge.

I have personally been offered Chlorine Dioxide (otherwise touted as MMS) six times over the past five years by sales people here in the UK. They tell me that my children have parasites causing their autism which can be killed and removed with bleach. I have also received rape and death threats for speaking out in support of vaccines and against quack cures. More education is desperately needed. The negative phrases associated with autism imply that autism is external and can be purged, cured, detoxed or removed. This is not the case: we as autistic people are not diseased, brain damaged, injured, faulty or sick - we are just autistic. It’s time for social media platforms to take long overdue action and correct and demote harmful health misinformation which is endangering families and children. 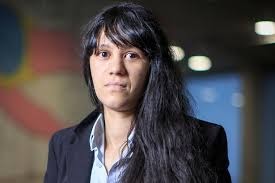 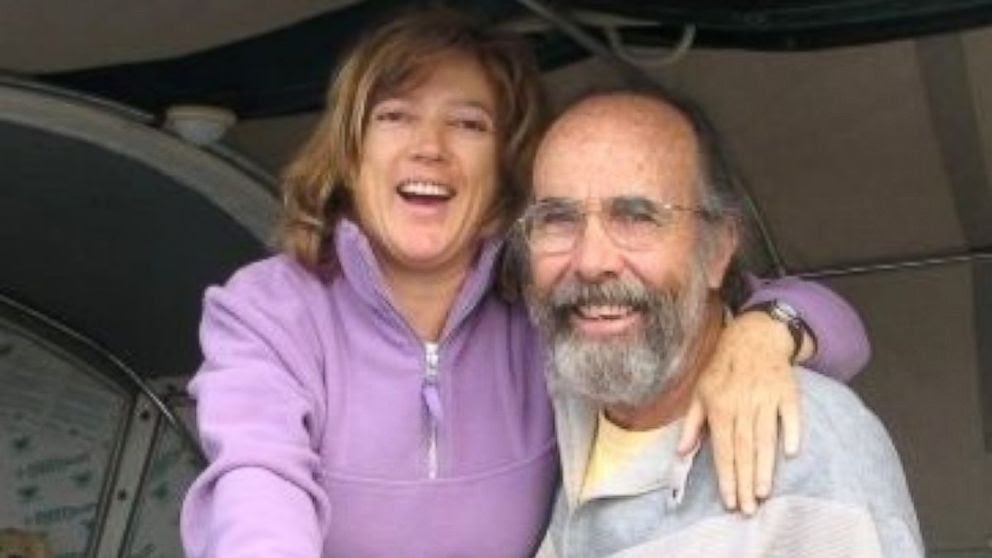 “I lost my wife to fake medicine -- and money is still being made online from the bogus elixir that killed her.”

I am Doug -- at 87 years old I’m getting old and rickety now, having grown up in depression-era Illinois, later joining the US Navy as a radioman in the Korean War, then going to college and working for NASA, and all that time being a passionate sailor, too.

I’d have had an all-round wonderful life. But in 2009, my wife Sylvia died in my arms in Vanuatu, after taking MMS to protect herself against malaria. We were heading to the Solomon Islands at the time; Sylvia had taken malaria prophylaxis before but hadn’t liked the side-effects. By chance she ran into someone peddling “Miracle Mineral Solution” -- she was interested in alternative therapies, and, believing this would help, one morning as we were anchored in a remote village location, she took it. 12 hours later she was dead.

“Next morning Sylvia’s body was flown from village ~60 miles to nearest hospital in capital Port Vila, where autopsy was eventually conducted by a noted Australian pathologist (flown in from Melbourne), who reported evidence of severe digestive track chemical damage to Sylvia from an ingested chlorine-oxide substance (like MMS). But because of deterioration of body components prior to autopsy (due to circumstances of tropics and isolated location) pathologist report stated cause of Sylvia’s death was “unascertained”.

There is no doubt in my mind that MMS killed her, and the memory of her slumped in my arms will haunt me forever. Shockingly, people keep earning money from selling this bogus cure that charlatans say can solve just about any health issue. They’re taking advantage of people who are gullible and easily hoodwinked. I hope those peddling unscientific and dangerous cures and so-called medicines are stopped from promoting and getting rich off the stuff that I’m convinced killed Sylvia.

“Campaigning against health misinformation has come at a great personal cost: people like me who are committed to fighting misinformation, are persecuted by the charlatans making money off of it. I implore platforms to hear our voices and take action now.”

My name is Fiona. I am a human rights and pro-science activist, and most importantly a mother to five beautiful children, three of which are autistic. I myself was diagnosed with Aspergers at the age of 42. To my horror, MMS is still being given to autistic children and people who are suffering from diseases such as cancer. The side-effects from ingesting this poison include vomiting, seizures, kidney, liver failure and more. I cannot imagine putting my own children through such horrendous “treatments”.

Social media offer megaphones to the charlatans selling these toxic fake cures -- essentially feeding this quackery, experimentation and abuse through their online platforms and algorithms. Reporting charlatans to Facebook, Twitter and YouTube usually proves to be a fruitless task, making it all the more upsetting to look at images of children being abused as I know that little will be done about it.

I have dedicated my scarce free time to campaigning for the past seven years and helped win a ban on MMS in Ireland in 2016. However, campaigning against health misinformation has come at a great personal cost: I've suffered much harassment and abuse for speaking out, I have been doxxed and abused, I have received death threats and more. It’s gone so far, that I’ve even had to file police reports to protect myself and my family. This is another side of the health misinformation problem on social media: the people committed to fighting misinformation are persecuted by the charlatans making money off of it.

My mission is to make the world a safer and more accepting place for my autistic children, which is why I’m fighting against dangerous health misinformation harming people across the world - despite the adversity I constantly face. However, the battle needs to be fought by governments and social media platforms too - continued inaction allows pseudoscience to flourish. I implore Mark Zuckerberg and other platform CEOs to hear our voices and take action now. 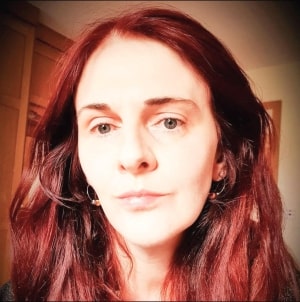 “For years, we have been infiltrating private Facebook groups for parents of autistic children, and the atrocities we have witnessed there have shocked us to our core. The stuff we find is so bad, that we don’t even let our children in the room while we are looking at this.”

We decided to join forces with Emma to campaign on this issue which is so close to our hearts. It’s brought us very close together, which is a beautiful part of our story. Together, we feel more able to face these issues, cope with the struggles of fighting against powerful misinformation actors, and deal with the unavoidable backlash.

For years, we have been infiltrating private Facebook groups for parents of autistic children, and the atrocities we have witnessed there have shocked us to our core. The stuff we find is so bad, that we don’t even let our children in the room while we are looking at this. We see our own children in the faces of all these children being abused in the name of “curing” autism. In some of these groups, members describe using extremely harmful methods to try to cure autism - there are hundreds of products marketed towards a “cure” for autism to fool desperate parents. Some examples of such cures we have encountered are MMS and chelation therapy, often peddled by people and outlets like Kerri Rivera and Natural News who are making money off of deceiving concerned parents. When parents in Facebook groups express concern about the atrocious “side-effects” of these treatments, the response is often that this just means it’s working.

Along with reporting on child abuse cases of Chlorine Dioxide and other harmful misinformation to Child Protective Services, a lot of our activism has focused on campaigning to tech companies, government institutes and US Congress representatives. What has been the most discouraging is that despite regulatory and child protection laws, these cases we report on get little action or follow-up. We need tech companies to protect and we need regulatory bodies to act.

The horrors of abuse we have witnessed shouldn’t fall between the cracks, so social media companies have to do their job in protecting children from bogus cures. If mothers like us, with jobs and families and responsibilities, can take action, then why can’t social media platforms step up to the plate?