Avaaz is a global web movement to bring people-powered politics to decision-making everywhere. 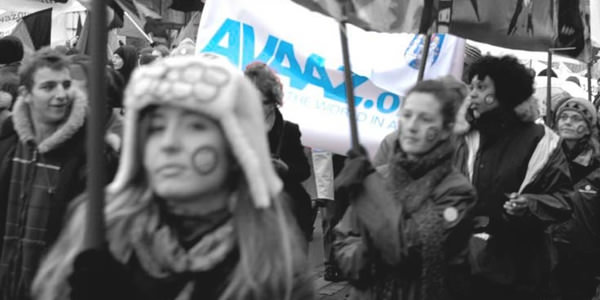 Avaaz is an ally, and a rallying point, for the disadvantaged everywhere.

— Zainab Bangura
Director General at UNON
Avaaz—meaning "voice" in several European, Middle Eastern and Asian languages—launched in 2007 with a simple democratic mission: organize citizens of all nations to close the gap between the world we have and the world most people everywhere want.

Avaaz empowers millions of people from all walks of life to take action on pressing global, regional and national issues, from corruption and poverty to conflict and climate change. Our model of internet organising allows thousands of individual efforts, however small, to be rapidly combined into a powerful collective force. (Read about results on the Highlights page.)

The Avaaz community campaigns in 17 languages, served by a core team on 6 continents and thousands of volunteers. We take action -- signing petitions, funding media campaigns and direct actions, emailing, calling and lobbying governments, and organizing "offline" protests and events -- to ensure that the views and values of the world's people inform the decisions that affect us all.

And that's just the tip of our victory iceberg! Scroll down for 100 more...

Avaaz works in 17 languages and 193 nations for a simple democratic mission: close the gap between the world we have, and the one most people everywhere want. 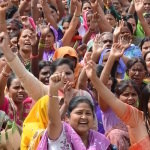 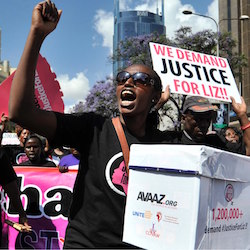 The Avaaz Way: How We Work

From technology, new nimbleness and flexibility

Previous international citizens' groups and social movements have had to build a constituency for each separate issue, year by year and country by country, in order to reach a scale that could make a difference.

Today, thanks to new technology and a rising ethic of global interdependence, that constraint no longer applies. Where other global civil society groups are composed of issue-specific networks of national chapters, each with its own staff, budget, and decision-making structure, Avaaz has a single, global team with a mandate to work on any issue of public concern--allowing campaigns of extraordinary nimbleness, flexibility, focus, and scale.

Avaaz's online community can act like a megaphone to call attention to new issues; a lightning rod to channel broad public concern into a specific, targeted campaign; a fire truck to rush an effective response to a sudden, urgent emergency; and a stem cell that grows into whatever form of advocacy or work is best suited to meet an urgent need.

Each year, Avaaz sets overall priorities through all-member polls, and campaign ideas are polled and tested weekly to 10,000-member random samples—and only initiatives that find a strong response are taken to scale. Campaigns that do reach the full membership are then super-charged by, often, hundreds of thousands of Avaaz members taking part within days or even hours.

An ethic of servant leadership

Avaaz staff write email alerts to the Avaaz community the way that an aide briefs a president or prime minister: we have just a moment to convey the vital information the reader needs in order to decide whether to get involved, and the campaign hinges on that decision..

To make that moment of attention count, it's the job of staff to find ways that a few minutes, multiplied across huge numbers of people, can make a genuine difference on something that matters. Staff work with partners and experts to develop effective, member-driven campaign strategies; summarize them through clear and compelling alerts; and, if the Avaaz membership chooses to proceed, makes sure that the campaign is carried through—delivering petitions and members' messages, arranging member-funded ad campaigns, or whatever else is required.

In other words, Avaaz staff don't set an agenda and try to convince members to go along with it. It's closer to the opposite: staff listen to members and suggest actions they can take in order to affect the broader world. Small wonder, then, that many of our most successful campaigns are suggested first by Avaaz members themselves. And leadership is a critical part of member service: it takes vision and skill to find and communicate a way to build a better world.

We focus on tipping-point moments of crisis and opportunity

In the life of an issue or a cause, a moment sometimes arises when a decision must be made, and a massive, public outcry can suddenly make all the difference. Getting to that point can take years of painstaking work, usually behind the scenes, by dedicated people focusing on nothing else. But when the moment does come, and the sunlight of public attention floods in, the most crucial decisions go one way or another depending on leaders' perceptions of the political consequences of each option. It is in these brief windows of tremendous crisis and opportunity that the Avaaz community often makes its mark.

In any country or on any issue, those moments might come only once or twice a year. But because Avaaz can work in all countries and on all issues, these moments can crop up several times in a week.

Our member-funded model keeps us independent and accountable

Because Avaaz is wholly member-funded, democratic accountability is in our DNA. No corporate sponsor or government backer can insist that Avaaz shift its priorities to suit some external agenda—we simply don't accept funds from governments or corporations. (Read more about why it's worth donating to Avaaz here, and chip in here.)

Instead of fragmenting, we grow—united by values

Movements, coalitions, and organizations often fracture over time into many smaller pieces—or spend more and more of their time trying to hold warring factions together. At Avaaz, we recognize that people of good will often disagree on specifics; instead of straining for consensus, each of us simply decides whether to participate in any particular campaign.

But underlying Avaaz campaigns is a set of values—the conviction that we are all human beings first, and privileged with responsibilities to each other, to future generations, and to the planet. The issues we work on are particular expressions of those commitments. And so, over and over, Avaaz finds the same thing: that people who join the community through a campaign on one issue go on to take action on another issue, and then another. This is a source of great hope: that our dreams rhyme, and that, together, we can build the bridge from the world we have to the world we all want.

Start Your Own Petition

Avaaz's new Community Petitions platform is supporting thousands to start and win campaigns, at the local, national, and international levels!

Many Avaaz campaigns are started by members of our community. It's easy - click to start yours now and win on any issue - local, national or global. 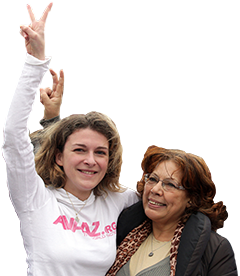 Start Your Own Petition
x

Have an issue you'd like to get support on? Start your own petition with Avaaz Community Petitions!