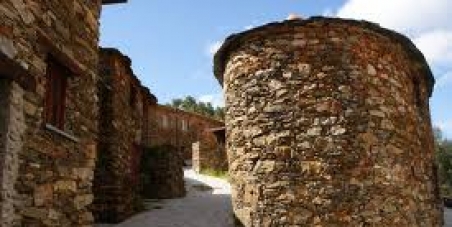 By continuing you agree to receive Avaaz emails. Our Privacy Policy will protect your data and explains how it can be used. You can unsubscribe at any time. If you are under 13 years of age in the USA or under 16 in the rest of the world, please get consent from a parent or guardian before proceeding.
This petition has been created by joana S. and may not represent the views of the Avaaz community.
x

Sign this petition
joana S.
started this petition to
ANACOM, PT, OPTIMUS, VODAFONE,CCDRC, CM Góis, DECO, ADXTUR,ADIBER
The inhabitants of the villages of the municipality of Góis, along with other national citizens hereby express their discontent and demand fair access to the Internet.
We believe that the lack of access or poor internet connection, accentuates the feeling of isolation and impoverishment of the population, as well as widening the gap between rural and urban areas, contributing to depopulation and underdevelopment.
Recently, there has been considerable public discussion about the need for repopulating rural areas and the potential benefits of such to Portugal. In this climate, such a significant factor of social exclusion and a barrier to repopulation, as this lack of internet access is, cannot be ignored.
Creating the possibility of reasonable access to telecommunications, which are increasingly essential to contemporary life, education, interpersonal relations, personal and professional development, entrepreneurship and more substantial citizenship is therefore essential and fundamental.
The companies that manage Internet access within the municipality of Góis fail to honour the terms of their contracted tariffs. In fact, Internet access in the villages of the municipality of Góis and elsewhere in the interior of Portugal, is much slower and lower in quality than advertised and contracted by these companies, contrary to what is proudly stated by the Portuguese government.
The amounts paid for access to the fixed or mobile broadband network in the villages of the municipality of Góis are much higher than those paid for the same services in urban areas and the lack of coverage makes the signal little to none. As an example, most of the territory of the municipality of Góis is not covered by the 4G network and browsing speed is no more than 1 Mb, while the monthly charge for internet access is 25 Euros to 50 Euros. We paid for a service that we do not have!
Therefore the undersigned require the competent authorities for the management and regulation of the Internet and the administration of the territory to defend the interests of the citizens of Portugal by:
1 ) Ensuring that conditions of access to the Internet are in accordance with the terms of the contracts provided by the companies that operate the network.
2 ) Establishing a system by which the payment of Internet service directly relates to the speed (download and upload) achieved .
3 ) Obliging all operators to correctly inform potential customers about network coverage in each area.
4 ) Obliging all operators to record and make available the information given by clients on the conditions of access to the Internet network in each area.
5 ) Not permitting misleading claims and slogans to be used by operators, implying existence of network coverage across the country, as it would not be true.
6 ) Compelling operators to put forth solutions to solve the problem of inadequate service to their clients.
7 ) Obliging operators and the Portuguese government to state publicly, the lack of access to the Internet network in each place where it is currently problematic.

Today: joana S. is counting on you

joana S. needs your help with "Please sign in favour of fair internet access in the interior villages of Portugal.". Join joana S. and 808 supporters today