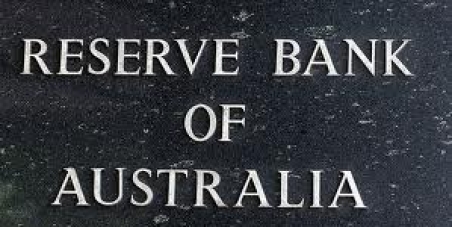 By continuing you agree to receive Avaaz emails. Our Privacy Policy will protect your data and explains how it can be used. You can unsubscribe at any time. If you are under 13 years of age in the USA or under 16 in the rest of the world, please get consent from a parent or guardian before proceeding.
This petition has been created by NESARA A. and may not represent the views of the Avaaz community.
x

Sign this petition
NESARA A.
started this petition to
WE THE PEOPLE , INDEPENDENT AUDIT COMMITTEE, INDEPENDENT MEDIA, INDEPENDENT SENATOR, WAYNE SWAN, PENNY WONG
The first ever GAO (Government Accountability Office) audit of the Federal Reserve carried out last year due to the Ron Paul, Alan Grayson Amendment to the Dodd-Frank bill revealed $16 Trillion in Secret Bailouts. Ben Bernanke, Alan Greenspan, and various other bankers vehemently opposed the audit and lied to Congress about the effects an audit would have on markets.

To place $16 trillion into perspective, remember that GDP of the United States is only $14.12 trillion. The entire national debt of the United States government spanning its 200+ year history is “only” $14.5 trillion. The budget that is being debated so heavily in Congress and the Senate is “only” $3.5 trillion. Take all of the outrage and debate over the $1.5 trillion deficit into consideration, and swallow this Red pill: There was no debate about whether $16,000,000,000,000 would be given to failing banks and failing corporations around the world.

The Australian mainstream financial press persistently reassures us that Australia’s banks are amongst the strongest in the world.

The Australian Financial Review reassures us that Australia does not have the solvency issues crippling U.S. and European economies. Australia boasts excellent prudential regulation backed by a vibrant economy. Well that’s what the politicians and economists tell us. But in December 2010, Australia’s Money Morning, an Australian market news forum reported an economic scenario and outlook in stark contrast to the mainstream media’s spit and polish.

National Australia Bank [ASX: NAB] borrowed USD$4.5 billion from the US Federal Reserve and Westpac Banking Corp [ASX: WBC] borrowed USD$1.09 billion in January of 2008 and 2009. Westpac and NAB needed the loans because they were on the verge of bankruptcy. If they hadn’t gotten secret loans from the US Fed they would undoubtedly have needed secret loans from the Reserve Bank of Australia (RBA). However, the Fed opened the door and this allowed Aussie central bankers and bankers to claim that they hadn’t received a bailout.

Under the Wall Street Reform and Consumer Protection Act legislation mandates a requirement for the US Federal Reserve to reveal which institutions it loaned money to under the various bail out programmes. One of these programmes was titled the Term Auction Facility (TAF). “Under the program, the Federal Reserve auctioned 28-day loans, and, beginning in August 2008, 84-day loans, to depository institutions in generally sound financial condition…Of those institutions, primary credit, is available only to institutions that are financially sound.” A total of USD$4 trillion was loaned to “financially sound” institutions such as, the Royal Bank of Scotland and the Allied Irish Bank which have both since been nationalized, the National Australia Bank and Westpac were in on the action too. In fact, Westpac was one of the first in the queue! On December 20th 2007 Westpac had gotten a USD$90 million loan from the Federal Reserve under the TAF programme as you can see from the screenshot link:

Check out more details at the US Federal Reserve link:

This should be of great interest to shareholders and the public alike despite the RBA’s economic review in September 2008 – “The Australian financial system has coped better with the recent turmoil than many other financial systems. The banking system is soundly capitalised, it has only limited exposure to sub-prime related assets, and it continues to record strong profitability and has low levels or problem loans. The large Australian banks all have high credit ratings and they have been able to continue to tap both domestic and offshore capital markets on a regular basis.”

But it wasn’t just Westpac that kept quiet about it. NAB chairman Michael Chaney must surely have realised what he was saying when he made the following comment at the December 2008 annual general meeting:

“Our traditional banking and wealth management operations are all profitable, strongly capitalised and conservatively funded. In addition, our banking businesses have sound asset quality and are well provisioned (OZ House Report).”

Let’s face it, Australia’s banking system is no different to any other – inherently insolvent. Interestingly, the ANZUS treaty was recently re-negotiated. Connect the dots – what other covert back room deals is Australia involved in?

We are constantly told that our banks are the best and the strongest...yet are they? From the RBA 2011 annual report (p.6) it says under Audit Committee:

This goes to show that the Audit Committee actually comprises of the same people who are in the RBA Board, who are also playing their part in the daily BBSW rate fixing by the AFMA. Not to mention, of course, the BBSW rates are determined from the other 14 private banks in Australia.

The RBA, like others worldwide, is essentially a private company, therefore unlike a public corporation does not have to publish their accounts.

Today: NESARA A. is counting on you

NESARA A. needs your help with "AUDIT THE RESERVE BANK OF AUSTRALIA (RBA)". Join NESARA A. and 196 supporters today