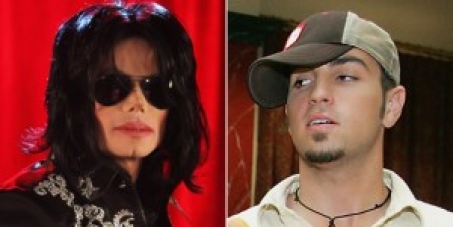 A defamation case against Wade Robson.

By continuing you agree to receive Avaaz emails. Our Privacy Policy will protect your data and explains how it can be used. You can unsubscribe at any time.
This petition has been created by Johnahon and may not represent the views of the Avaaz community.

Sign this petition
Johnahon
started this petition to
The Heal the World Foundation,
Defence Lawyers,
We have sympathy for all true victims of child molestation. We would also like to point out that this is not about blindly defending Michael Jackson, it's about protecting the legacies of the deceased who can't defend themselves. Pedophilia can be a very serious allegation and can destroy a person's image, which is grossly unfair if they happen to be innocent.

Wade Robson claims he's not making these new allegations for money, yet he's filed a civil case against the estate the same time the estate is filing a suit against AEG. He also claims it's not an issue of "repressed memory," so why would lie at the 2005 trial if a kid's testimony depended on him. Indeed, Wade Robson has had success as a choreographer but two years ago, he suffered a breakdown and he hasn't worked for a year.

Defamation is the communication of statements which harm an individual's image. In the United states, as in many common law jurisdictions, a person can sue the individual or corporation who makes these false claims. Unfortunately, there is no remedy for the deceased due to a common law rule that "one can't defame the dead." On the other hand, a corporation, or non-profit organization, affected by defamatory comments can launch a defamation suit. This is why we are calling on the "Heal the world" foundation to launch a defamation suit against Wade, as they are the only entity close enough the the Michael Jackson estate that can legally launch a defamation suit.

Indeed, it's sad that a foundation based on love and peace should have to take hard action like this, but even after his death, Michael Jackson appears to be a vulnerable for target for people who want to get a quick pay-check or seek attention. Even if Wade Robson's new claims are struck out by the court, there's no stopping a wave of young people from making false claims against the Michael Jackson Estate for money. The only solution would be for the foundation to take a hard stance and counter-sue Wade Robson for everything he's worth if he loses his new claim of sexual abuse.

We all know that the money the foundation gets from the suit will be used for doing what Michael intended, making the world a better place. Even if you're not a Michael Jackson fan, you can agree that it's unfair for a deceased person, who can't defend himself to face false allegations of sexual abuse and not have any sort of remedy. It's also unfair to the true victims of sex abuse if Wade is lying.

A defamation law suit against Wade Robson (if his current allegations are shown to be false) will send out a message that if someone is going to make new claims of sexual abuse it better be true because false allegations are not to be taken lightly.

Today: Johnahon is counting on you

Johnahon needs your help with "A defamation case against Wade Robson.". Join Johnahon and 2082 supporters today