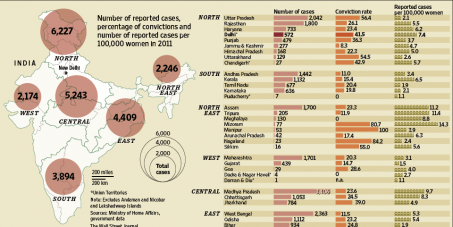 A safer India for women and children

By continuing you agree to receive Avaaz emails. Our Privacy Policy will protect your data and explains how it can be used. You can unsubscribe at any time. If you are under 13 years of age in the USA or under 16 in the rest of the world, please get consent from a parent or guardian before proceeding.
This petition has been created by Lakshmi D. and may not represent the views of the Avaaz community.
x

Sign this petition
Lakshmi D.
started this petition to
1. Sheila Dixit - Chief Minister, New Delhi 2. Dr. Manmohan Singh - Prime Minister, India 3. Pranab Mukherjee - President , India 4. Sonia Gandhi- President of Indian National Congress (INC)Member 5. Sushma Swaraj- Leader of Opposition in Parliament , 14. Bikram Singh , Chief of the Army Staff, India 15. Neeraj Kumar, Commissioner of Police, Delhi
April 19, 2013 A five year old girl was abducted and brutally raped in Delhi, by her neighbor for 48 hours. She had gone out to play with her friends when the man who lived in the same building kidnapped her and eventually left her unconscious and bleeding after trying to strangle her. Foreign objects like candle and a 200 ml hair oil bottle were inserted in her vagina. There were injuries and bruises on her private parts, chest, lips and cheeks. One of the doctors who examined her says: "She was scared and not fully conscious. Initially she did not allow us to proceed with the examination as she was in tremendous pain.” The child is currently battling for her life. The police tried to buy the silence of the child’s family for 2,000 rupees ($40) and refused to press charges. “When I went to lodge an FIR, police refused to register the case. If they had made a better attempt, they would have found her. Police told me to be happy that she was alive,” her father alleged. A schoolgirl who tried to meet the victim in the hospital was slapped at least four times by a male assistant commissioner of police in full view of the media. This left her a bleeding ear.

December 16, 2012. A 23 year old paramedical student was gangraped and brutalized with an iron rod by 6 men in a school bus that caused her intestines to come out through her vagina. She and her friend were thrown out of the bus, only to be found hours later. The female victim passed away due to gangrene of internal organs. The male victim was beaten so badly that he can’t walk without a cane. There were protests across the nation, but they were short lived.

Please read the statistics here and look at the interactive map for understanding how important this issue is.

Justice and safety are needed, in India, at this very moment.

This petition is the collaborative effort of:

ibreakmysilence.org - A forum to find your voice against sexual violence

Today: Lakshmi D. is counting on you

Lakshmi D. needs your help with "A safer India for women and children". Join Lakshmi D. and 4,327 supporters today