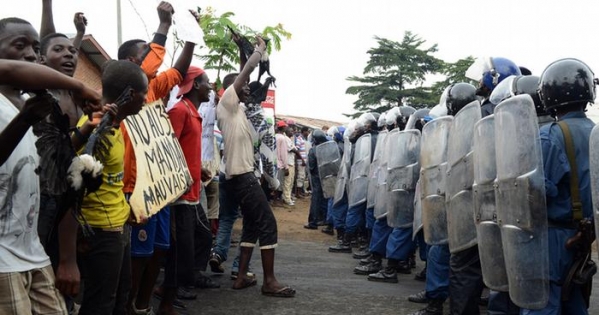 African Union Peace and Security Council: Save Lives in Burundi!

By continuing you agree to receive Avaaz emails. Our Privacy Policy will protect your data and explains how it can be used. You can unsubscribe at any time. If you are under 13 years of age in the USA or under 16 in the rest of the world, please get consent from a parent or guardian before proceeding.
This petition has been created by STAND: T. and may not represent the views of the Avaaz community.
x

Sign this petition
STAND: T.
started this petition to
African Union Peace and Security Council
Last week, 54 African presidents gathered in Kigali, Rwanda for the 27th Annual African Union Summit. Only 22 years ago, Rwanda was the site of a horrific genocide, leaving over 800,000 civilians dead, and prompting massive refugee flows into surrounding countries, most notably the Democratic Republic of the Congo.

Today in Burundi, less than an hour’s drive from the Summit, the similarities to Rwanda in 1994 are haunting. Hate speech is rife, with words such as “dogs,” “snakes,” and “terrorists,” being used against political opponents - much as they were used during the genocide in Rwanda. There are reports of youth being armed, and up to 67 people are killed each month. Additionally, there are over 6,000 political prisoners, including over 500 youth recently arrested for doodling on photos of President Pierre Nkurunziza. According to the UN, there have been 345 recorded torture cases, including by electrical shock and use of acid. Testimonies show women forced to strip naked to see relatives in prison, and Human Rights Watch has reported gang-rape of women by youth militia members as part of attacks on perceived opponents. Nearly 300,000 refugees have fled to neighboring countries, living in camps where many feel unsafe.

Over the past 12 months, the world has failed to respond as hundreds have died in Burundi. As the crisis escalates and peace talks stall, the time to act is now. As such, we urge the African Union to prioritize the lives of Burundian civilians, whatever their political leanings, by creating and implementing a plan for civilian protection. There may be a short window to effect change in Burundi before chaos breaks out – please learn from the lessons of Burundi’s northern neighbor and be on the right side of history.

We urge the African Union to prioritize Burundi at the AU July Summit, and to do the following: