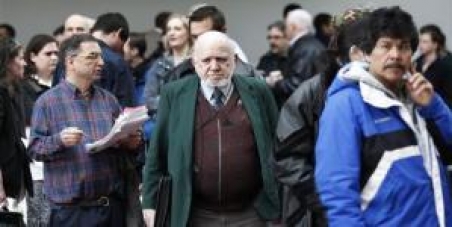 By continuing you agree to receive Avaaz emails. Our Privacy Policy will protect your data and explains how it can be used. You can unsubscribe at any time. If you are under 13 years of age in the USA or under 16 in the rest of the world, please get consent from a parent or guardian before proceeding.
This petition has been created by Rui M. and may not represent the views of the Avaaz community.
x

Sign this petition
Rui M.
started this petition to
All world citizens
Because the unemployment levels of people with more than 40-50 years is rising almost everywhere in the world.

In the U.S., "U.S. Department of Labor," estimates that in the last twelve months the unemployment rate of Americans between 40 and 44 years has risen from 4.1% to 7.1%. In Portugal, recent figures indicate that more than half of the unemployed over 40 years are in this situation for over a year and that is this age group which is located most precisely 235,200 long-term unemployed, a figure that represents a annual increase of 14.5% in the second quarter. In France, 60% of all french workers are unemployed and similar figures occur on almost all developed countries.

With all the focus placed on this great scourge of the "Youth Unemployment" little has been said (and less done) a social phenomenon impacts even more onerous and that has effectively led to the disintegration of many families: the long-term unemployment that increasingly affecting citizens of both sexes and with over forty years. Too far away from retirement age to qualify for it, these citizens are often faced with "restructuring" sweeping corporate organizations all workers over 40 years and replace them with young precarious, poorly paid more and less benefits. The consequence of this phenomenon have been in many Western countries a doubling rate of long-term unemployed over 40 years in the last twelve months and there is no solution in sight in an economy not expected to grow above 2% over the next ten years and not able to absorb most of the young.