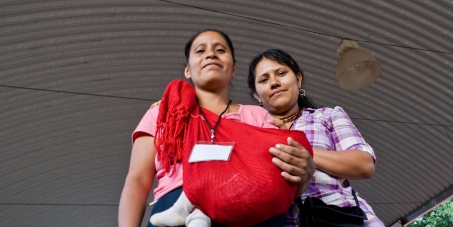 Against military impunity: Truth, justice and redress for Inés Fernández and Valentina Rosendo

This petition is closed
50 Supporters
Tlachinollan .
started this petition to
Felipe de Jesús Calderón Hinojosa, President of Mexico
On 1st October, it will be two years since the Inter-American Court of Human Rights (IACtHR) published two rulings against the Mexican State in the cases of Inés Fernández Ortega et al. and Valentina Rosendo Cantú et al.

The IACtHR determined that in 2002 – under different circumstances, at the age of 25 and 17 respectively – Inés and Valentina were raped and tortured by elements of the Mexican Armed Forces in the state of Guerrero México, in a context marked by poverty, discrimination and what it denominated as “institutional violence by the Military”.

The two rulings address crucial issues in respect to the current human rights situation in Mexico, in regard with lack of access to health and justice for indigenous women victims of sexual violence; discrimination faced by women while accessing health sevices; abuses derived from the increasing absence of civilian controls to the Armed Forces; and the obstacles faced by those who in an organised manner defend indigenous people’s rights.

Despite the sentences by the IACtHR are final and binding, the Mexican State has not carry on effective actions for complying with the reparation measures ordered. It is of particular concern the lack of achievements in the investigations, direct consequence of the lack of cooperation by the National Defence Ministry (SEDENA) with the Attorney General’s Office (PGR). Moreover, the fulfilment of the operative paragraphs in relation with Health, Education, Community Reparations are pending to be completed.

Fully compliance with both rulings will contribute to end with the military impunity reigning for more than ten years. Being imminent the end of the current Federal administration it is crucial to guarantee the total cooperation of the SEDENA with the PGR and that the Ministry of Interior (SEGOB) carries out all necessary actions to fuly comply with the resolutions ordered by the IACtHR.