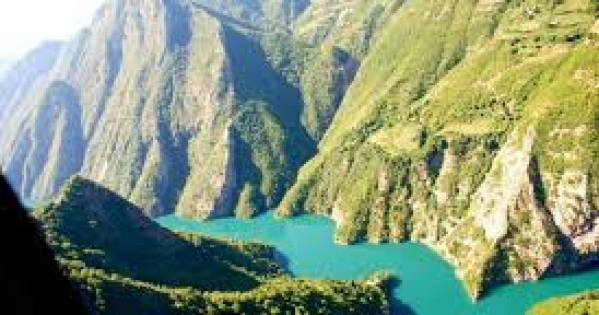 This petition is closed
3,741 Supporters
Ermela T.
started this petition to
Albanian government, sekretaria@energjia.gov.al
Albanian civil society activists and community
residents in Tropoje protested in front of the Ministry of Energy and Prime
ministry of Albania, against the construction of several hydroelectric power
plants on the River Vabona valley.

Valbona, has been a National Park (the second strictest possible level of protection in Europe) since 1996, and Gashi is actually a "Strictly Protected Area," currently under consideration for UNESCO World Heritage Forest Status.

Valbona is soon to be the cornerstone of the new National Park of the Albanian Alps – Albania's largest protected area, and one of the largest protected areas in the Balkans. Nonetheless, we are currently facing 3 different hydropower developments that we know about, with rumours of 6 other licenses granted. All of these are to be constructed along a mere 25 km of one of the most beautiful, loved and "highly protected" rivers in Albania!

Albania's rivers are some of the last "wild rivers" in Europe. This is our last chance to preserve these fascinating and beautiful ecosystems, many of which have yet to be studied. Hydropower will destroy the rivers. Silt backs up, water temperatures rise, and fish (like our native trout) are not able to swim upstream to spawn.

Furthermore, tourism is the lifeblood of these small remote mountain communities - a bright new economic future for the past 10 years. The construction of just one of these projects ("Dragobia Cascades") will destroy the entire eastern slope of Kollata Mountain to construct a 3m wide delivery tunnel. Kollata incidentally includes the highest peak in Montenegro, one of the most popular weekend destinations for hikers.

It will destroy Cerem Valley, rerouting the whole river. Cerem Path is also part of the internationally recognized "Peaks of the Balkans" trail, which brings hundreds of tourists annually to the area, and it will also destroy the southern face of Gjarper Mountain, as well as people's farms, fields and homes. It will be the end of Eco-tourism here, which is entirely based on offering pristine nature.

There will need to be massive high tension towers constructed. Valbona valley is famously very narrow, lined with steep walls of rock. These towers cannot be constructed without large scale destruction. Basically, these hydro electrics will destroy one of Albania's, and Europe's most precious natural resources, and for what? The electricity is for export.

Today: Ermela T. is counting on you