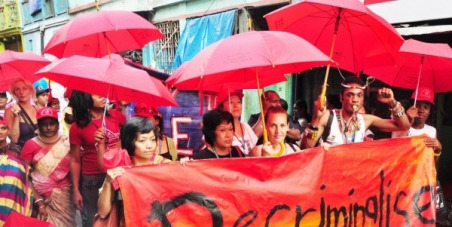 Sign this petition
Kamayani M.
started this petition to
All Country Heads
We support Amnesty’s assertion that states have an obligation ‘to reform their laws and develop and implement systems and policies that eliminate discrimination against those engaging in sex work’. Amnesty calls on states to ‘actively seek to empower the most marginalised in society, including through supporting the rights to freedom of association of those engaging in sex work, establishing frameworks that ensure access to appropriate, quality health services and safe working conditions and through combatting discrimination or abuse based on sex, sexual orientation and/or gender identity or expression’. This echoes the voices of sex workers around the world who argue that states are responsible for proactively protecting fundamental rights 1 and call on them to undertake measures that will help protect, respect, and fulfil these rights for all.


In environments where many aspects of sex work are criminalised, for instance, soliciting, living off the earnings of a sex worker [families and children suffer the most], managers ; sex workers face discrimination and stigma which undermine their human rights, including to liberty, security of the person, equality, and health. Evidence suggests that sex workers’ risk of HIV infection is inextricably related to their marginalized and illegal status, which drives their work underground and increases police abuse and exploitation.