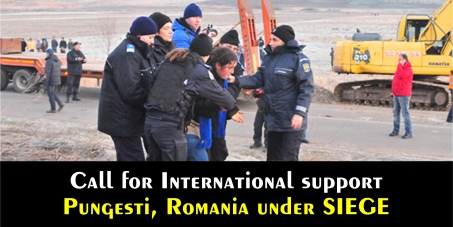 Claudia A. needs your help with "STOP Chevron and the Police abuse in PUNGESTI, Romania". Join Claudia A. and 47,729 supporters today