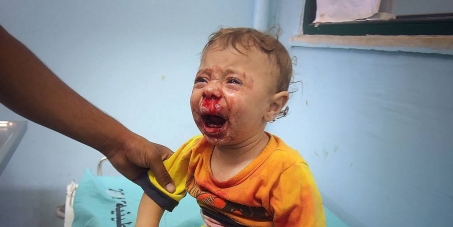 Expel the Israeli Ambassador to Ireland

By continuing you agree to receive Avaaz emails. Our Privacy Policy will protect your data and explains how it can be used. You can unsubscribe at any time. If you are under 13 years of age in the USA or under 16 in the rest of the world, please get consent from a parent or guardian before proceeding.
This petition has been created by Dermot B. and may not represent the views of the Avaaz community.
x

Sign this petition
Dermot B.
started this petition to
An Taoiseach Leo Vardaker
THIS PETITION HAS BEEN UPDATED TO REFLECT THE MOST RECENT ATROCITY COMMITED BY THE APARTHEID STATE OF ISRAEL. THE PREVIOUS REASONING FOR THE PETITION IS LEFT BELOW TO HELP US REFLECT ON THE FACT THAT NONE OF THE "AID" PROMISED TO GAZA AFTER THAT LAST BRUTAL AND CRIMINAL ONSLAUGHT EVER ARRIVED.

OUT WITH THE ISRAELI AMBASSADOR TO IRELAND NOW&excl&excl

With "Operation Protective Edge" having killed more than 1200 innocent Gazans and injured more that 5000 since it began on July 8th, there is an overwhelming response of empathy and support from the Irish people towards the Palestinian populations of both Gaza and the West Bank, and against Israel's policy of Collective Punishment of the Palestinian population, not to mention its decades long occupation of the West Bank and siege of Gaza.

We call on An Taoiseach Leo Vardaker to act now in a way to send a clear Diplomatic message to the State of Israel that these actions are not acceptable under International Law , and that the Irish State will not tolerate them.

Today: Dermot B. is counting on you

Dermot B. needs your help with "Expel the Israeli Ambassador to Ireland". Join Dermot B. and 30,589 supporters today