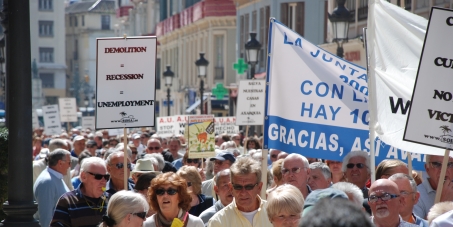 By continuing you agree to receive Avaaz emails. Our Privacy Policy will protect your data and explains how it can be used. You can unsubscribe at any time. If you are under 13 years of age in the USA or under 16 in the rest of the world, please get consent from a parent or guardian before proceeding.
This petition has been created by David R. and may not represent the views of the Avaaz community.
x

Sign this petition
David R.
started this petition to
Andalusian Regional Government, President of Andalusia
Thousands of people throughout Spain,but especially in Andalusia, Spaniards and non-Spaniards alike, have their property threatened with demolition or other penalties despite having bought in GOOD FAITH through the Spanish legal system. The Regional Governments, and the Central Government in Madrid, appear to have no desire to adequately reform the system. The problem is exacerbated by delays in the judicial system which in effect denies access to justice.

The European Commission appears to wash its hands of such human/fundamental rights violations, and states that the matter is not within European Law; despite many well presented Petitions, and despite the basic European ideals of mobility of capital and citizens across borders.


The Spanish Government desires economic aid from Europe but is apparently unable to fix problems like this created or allowed by the Spanish system, problems that are detrimental to the Construction Industry, incoming Tourism, and hence employment and local economies of this beautiful Country.

Relevant European governments appear not able or willing to help its expat citizens in Europe.