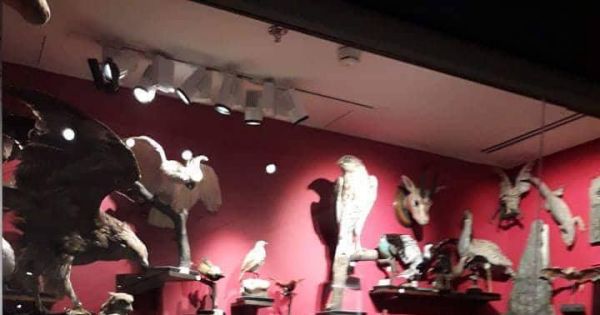 By continuing you agree to receive Avaaz emails. Our Privacy Policy will protect your data and explains how it can be used. You can unsubscribe at any time. If you are under 13 years of age in the USA or under 16 in the rest of the world, please get consent from a parent or guardian before proceeding.
This petition has been created by Nad I. and may not represent the views of the Avaaz community.
x

As graduates, alumni and families of the Schmidt's Schule and as residents of Jerusalem and as Palestinians, we were stipufied and shocked by news of Schmidt’s school administration donating the school museum’s mummified animals through the German Association of the Holyland to an Israeli museum built on the ruins of a Palestinian village. This is not just about a few mummified horrific looking animals that used to scare the young children that we were. It is about a heritage that is beyond things. It is memories of a whole life of one generation after another in the last more than a century. A hundred and thirty years of memories of graduates of this school. Hundreds and thousands of graduates and their families, teachers, people, places! How dare they do this? Schmidt’s is not only a German school. It represents the heritage and a historical tie between the German church and people and Palestinians in the holy land. For more than a hundred years, this school was entrusted to educate young Palestinian women, many of whom became leaders and helped change society. For more than a century, the school has served advance women s right for education. It has become a pillar in the heritage of Jerusalem. Over the years, administrations changed, but the reputation of the school as a leading educational institute remained. Therefore, the current administration s decision that abandoned its heritage and alterations its course to not only recognise Israeli occupation and annexation of the city but also betrays generations of Palestinians who trusted the school cannot be described other than sabotage : sabotage of history, of culture and of the historical relation that survived for more than a century. It is also political sabotage. True, it is a German school, and hence we appeal to the German government and people. No one can deny that we do have a sense of ownership too. And therefore, the administration had no right to act without consultation with the people who kept this school going for so long. The administration of the school has no right to donate its museum to an Israeli government museum. It is scandalous.. if its decision comes from a sense of liability towards Israel, we also denounce that political favors are done at our expense Schmidt is a school that produced an army of women for generations. It is a hundred and thirty years of heritage, culture, and education that blended with the essence f our identities as graduates. Jerusalem in its best face is shaped through the hands and wombs of the mothers who once were students at this school. It is not about a stuffed animal. It is about memories. It is about a heritage that is left merely amid all the losses we live inside. The school administration is either negligent and utterly ignorant, or they are part of the Israeli plan in Israelizing the city of Jerusalem that involves the government. Moreover, since the school has become a governmental entity of Germany, We call the German representative office to act immediately to stop this sabotaging to our heritage. We also urge the German Minister of Education and Tourism and Heritage to stand by their commitment to advancing education by preserving heritage not sabotaging it. We call all Palestinian representatives, the Minister of Education, the Minister of Tourism, the Minister of Jerusalem, the Minister of Environment, the Minister of Foreign Affairs to act with full responsibility to this violation of our history. This is not just unacceptable.