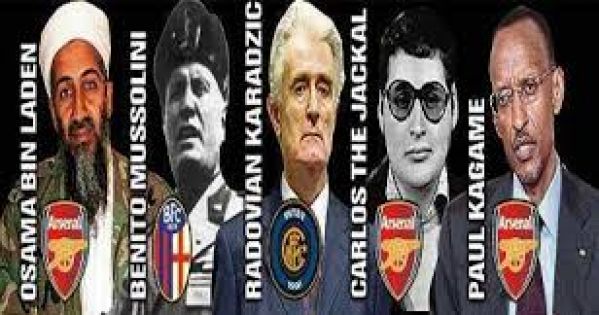 By continuing you agree to receive Avaaz emails. Our Privacy Policy will protect your data and explains how it can be used. You can unsubscribe at any time. If you are under 13 years of age in the USA or under 16 in the rest of the world, please get consent from a parent or guardian before proceeding.
This petition has been created by Musangamfura S. and may not represent the views of the Avaaz community.
x

Sign this petition
Musangamfura S.
started this petition to
Arsenal F.C. executives, players and fans, Rwanda bilateral donors
Rwanda has signed a sponsorship deal with English football club Arsenal. In 3 years, Rwanda is paying a sum estimated to be worth £30 million (about $40m). Arsenal players will display on their left sleeve a "visit Rwanda" logo.
Rwanda is among the 5 poorest countries of the planet. 39% of Rwandans are living under poverty line. Hunger is biting in many areas of the country. Donor funds account for about 20 percent of Rwanda’s budget while foreign loans also constitute 13 percent, meaning approximately 33 percent of the country’s annual expenditure is funded externally.

Apart from being Arsenal F.C. ape fun, President Paul Kagame is a ruthless dictator, elected with over 98%, hoping to remain in office until 2034. Competitors female presidential candidates are all in jail. Some opposition leaders have been intimidated, assassinated or exiled. According to the Democratic Republic of the Congo 1993-2003 UN Mapping Report, Kagame's forces are accused of acts of genocide, crimes against humanity, war crimes and plundering of Congolese minerals.
When Kagame's impunity will end, Arsenal F.C. and fans will be sorry for accepting blood money.

Please call back this dubious sponsorship. Rwandans will thank you for that.