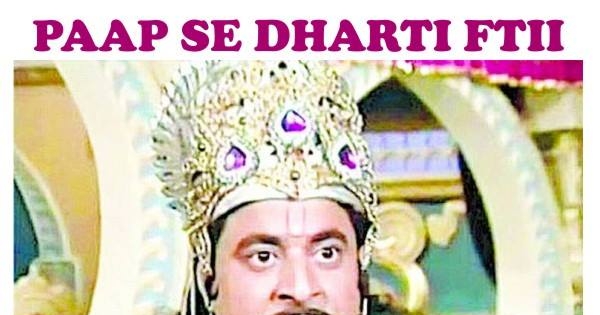 Sign this petition
Kamayani M.
started this petition to
Arun Jaitley, Information and Broadcasting Minister
The students of the Film and Television Institute of India, (FTII) have been on strike since 12th June'15. This strike came as a difficult and yet spontaneous decision on the part of the students after the constitution of the new FTII society by the ruling government, headed by the newly appointed chairman, Mr. Gajendra Chauhan and consisting of several questionable appointments in the society itself. The process by which these appointments were made also subsequently and immediately came into question.The objections of the students of FTII and a rather large and growing body of people of the nation are extremely serious and urgent and bring into question the kind of vision, ethos and level of seriousness the ruling government has towards India’s premier film school as well as higher education in our nation. Our concerns are serious enough for us to abandon our studies, the only thing we have assembled from all over the country for, putting our professional and financial future’s in limbo for each day that this strike goes on. The very fundamentals of our objections are summarized in the following points,

1. Gajendra Chauhan
The stature of previous chairmen (Girish Karnad, Adoor Gopalkrishnan, U.R Ananthamurthy, Saeed Mirza) is a clear testament to the kind of academic experience and rigor of practice they have epitomized. Unfortunately, Mr Chauhan’s academic inexperience and body of work does not meet the requirements needed to head and steer an internationally renowned institution in the field of Film and Television education.

2. Anagha Ghaisas Anagha Ghaisas, who has a strong RSS background, has made documentary films supporting Prime Minister Narendra Modi and about Ayodhya. Her comments in mainstream media in wake of the protests and her extreme position vis-à-vis the students, has caused a great deal of anxiety about her presence in the apex body. Additionally, her professional integrity has been questioned by the court of law. The court verdict states that she "does not know the difference between fiction and documentary" , her nomination as an ‘eminent persons of the art’ is therefore unacceptable .
3. Dr. Narendra Pathak Dr. Pathak was the head of ABVP (a right inclined student wing), whose members physically assaulted FTII students following a film screening and cultural program at the film archives, Pune. The court case regarding the incident is still going on. Dr. Pathaks statements like 'there shouldn't be any anti-national activity at the institute' and “students ko sabak sikhaana hoga” (students need to be taught a lesson) is perceived as an open threat to the physical safety of the students and cast doubts about his commitment towards upholding the tenets of freedom of expression and thought. Such a person is not conducive to the spirit of learning.

4. Rahul Solapurkar Rahul has acknowledged to having strong political ideologies and was in contention for a BJP ticket in last year’s State Assembly elections. In spite of his fairly large body of work, his insinuation that we as citizens of this nation are behaving in an "anti-national" manner by simply expressing our views is disturbing. Such statements made by future decision makers at institutes of higher learning threatens the learning environment for students. The students of the FTII, as well as several experienced voices of our film fraternity and student organizations throughout the country have seamlessly connected to our issues. Because ours is not an isolated case of government interference in academia. The appointees at the Tata Institute of Fundamental Research (TIFR), National Book Trust of India (NBT), Indian Council for Cultural Relations (ICCR) and Indian Council of Historical Research (ICHR) and the looming threat of the changes at the IIM’s are ominous signs as well.

We sincerely believe that these moves by the government reek of a very serious effort to destabilize and colour the educational institutions of the country. It undermines the very basic pillars and ethos of any education system and raises serious and disconcerting questions about how they want the future generations of this nation to be educated.On 3rd July'15, a panel comprising of eminent people from the film industry including Oscar winner Resul Pookutty and National award winning filmmaker Girish Kasaravali and student body members held an hour long dialogue with Hon. I&B Minister Arun Jaitley, only for him to repeatedly evade all questions related to the credibility of the government’s appointees which makes this petition all the more imperative, since our first round of talks were inconclusive.

For students losing out on their education for every day that this strike goes on, the lack of answers is most disconcerting and reflects on the arrogance and lack of transparency of the incumbent government over this issue. The students of the FTII urgently appeal to all the students of the nation, to the youth, to the parents, to anyone who believes that the educational institutions of the nation cannot be tampered with in this manner; to appeal to the Hon. minister, Mr. Arun Jaitley, to hold in a passive state the newly formed Society and, in the interim, constitute a committee of experts to suggest norms and guidelines for setting up a new FTII society, which would make such appointments diligent, transparent and free from political intentions. We sincerely appeal to you to help us solidify what might well be the last bastion of fighting against the colouring and degradation of the critical educational institutions of our nation and end the anguish of the students who have had no option but to fight this battle, and in the process set an important and historic precedent that this nation will not let its educational institutions be compromised.

Its important to stand with FTII students , as citizens, artists, writers, performers, film makers, Ex Students to take notice and support the fight to choose a chairman, one who is qualified and does justice to the institution and not by extending political largesse.

The students, and those in solidarity, believe that this appointment “ not just undermines the relevance of the post but also sets a wrong precedence for the future. ”