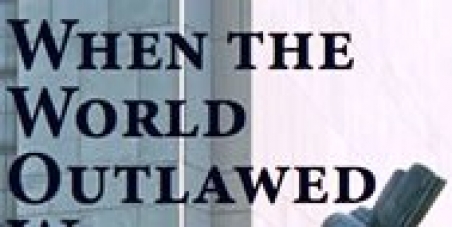 August 27 should become an International Day of Reflection

By continuing you agree to receive Avaaz emails. Our Privacy Policy will protect your data and explains how it can be used. You can unsubscribe at any time. If you are under 13 years of age in the USA or under 16 in the rest of the world, please get consent from a parent or guardian before proceeding.
This petition has been created by Frank M. and may not represent the views of the Avaaz community.
x

Sign this petition
Frank M.
started this petition to
U. S. Senators Dick Durbin and Mark Kirk.
On August 27, 1928 the Kellogg-Briand Pact was signed in Paris by many countries. Over 50 countries, including the United States, have since ratified the treaty providing renunciation of war as an instrument of policy. Most people in the world do not know that war has been banned. By designating each August 27 as a Day of Reflection, all people will have an opportunity to learn of the treaty and put pressure on their government to comply with it.
Report this as inappropriate
There was an error when submitting your files and/or report.
Inaccurate Inappropriate language Hate speech Illegal Commercial/spam Offensive
×

Today: Frank M. is counting on you

Frank M. needs your help with "August 27 should become an International Day of Reflection". Join Frank M. and 118 supporters today