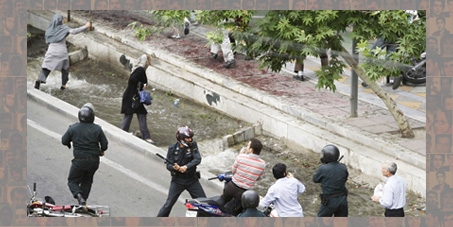 BE Their Voice - STOP Torture & Execution in Iran

By continuing you agree to receive Avaaz emails. Our Privacy Policy will protect your data and explains how it can be used. You can unsubscribe at any time. If you are under 13 years of age in the USA or under 16 in the rest of the world, please get consent from a parent or guardian before proceeding.
This petition has been created by shiva M. and may not represent the views of the Avaaz community.
x

Sign this petition
shiva M.
started this petition to
EU Foreign Affairs High Representative
Why this is important
IF YOU SIGN, PLEASE SHARE WIDELY! SUPPORT lawyers, university students, journalists, filmmakers, women’s rights activists and labour activists and thousands of people, including young boys and girls, as young as 12 years old, who have been arrested, brutally tortured and even raped. Since the Islamic regime of Iran took power in 1979, people in Iran have been deprived of their basic rights including their freedom of expression. Soon after the regime established its power, mass imprisonment and execution of dissident started. Since 1979, no opposition has been tolerated, and slightest resistance to the establishment has been faced with fiercest punishment. This has been the living situation in Iran for 40 years, and since then, the number of political prisoners have been on the rise. Thousands of people, including young boys and girls, even as young as 12 years old, lawyers, university students, journalists, filmmakers, homosexuals, women’s rights activists and labour activists have been arrested, brutally tortured and even raped. As you read these lines, many of them are still in prison and awaiting their death sentences.
Political prisoners in Iran need your support. Their voice needs to be echoed all around the word. You can make a difference by demanding the release of all political prisoners in Iran. YOUR VOICE, as FREE people matters. Be her voice; Be his voice. This is not about another country; this is about our humanity.

Today: shiva M. is counting on you

shiva M. needs your help with "BE Their Voice - STOP Torture & Execution in Iran". Join shiva M. and 2,359 supporters today