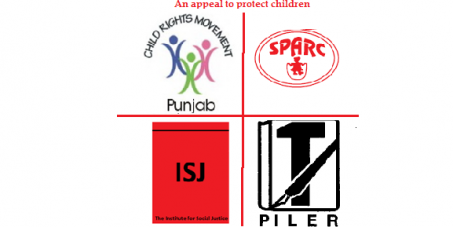 By continuing you agree to receive Avaaz emails. Our Privacy Policy will protect your data and explains how it can be used. You can unsubscribe at any time. If you are under 13 years of age in the USA or under 16 in the rest of the world, please get consent from a parent or guardian before proceeding.
This petition has been created by Hussain A. and may not represent the views of the Avaaz community.
x

Sign this petition
Hussain A.
started this petition to
The Prime Minister of Pakistan, Chief Ministers
It is important because millions of child domestic workers (CDWs) in Pakistan regularly become victims of violence, abuse, exploitation, rap, torture and murder. Since January 2010, till June 2012, 19 CDWs are killed by their employers. It is the only occupation in Pakistan that has resulted such deaths. It is because parents, guardians and middlemen sale children to employers. Therefore, it is important to save CDWs from an unending torture, abuse, exploitation and finally murder by banning it under the banned list of occupations of the Employment of Children Act 1991.
Report this as inappropriate
There was an error when submitting your files and/or report.
Inaccurate Inappropriate language Hate speech Illegal Commercial/spam Offensive
×

Today: Hussain A. is counting on you

Hussain A. needs your help with "Ban Child Domestic Labour in Pakistan". Join Hussain A. and 409 supporters today