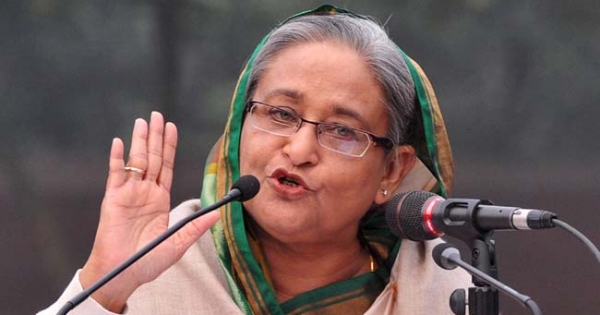 By continuing you agree to receive Avaaz emails. Our Privacy Policy will protect your data and explains how it can be used. You can unsubscribe at any time. If you are under 13 years of age in the USA or under 16 in the rest of the world, please get consent from a parent or guardian before proceeding.
This petition has been created by Michael D. and may not represent the views of the Avaaz community.
x

Sign this petition
Michael D.
started this petition to
Bangladesh Prime Minister of Sheikh Hasina
We, the undersigned academics, intellectuals, human rights advocates, and organizations from Bangladesh and around the world, unequivocally condemn recent statements by Bangladesh government officials appearing to blame writers, publishers, and activists for their own deaths at the hands of violent extremists with suspected links to militant Islamist groups. We strongly urge the Bangladesh government to immediately take steps to vigorously protect the rights to freedom of religion, belief, and expression, both in word and in deed.

Since February 2015, there have been six deadly attacks on atheist, humanist, and secularist writers, bloggers, and publishers in Bangladesh, all by machete-wielding militants. On February 26, 2015, Avijit Roy, founder of the freethought forum Mukto-Mona, was killed while leaving a book fair, which he was visiting with his wife, author and activist Rafida Bonya Ahmed. Ahmed survived, but was seriously injured. On March 30, 2015, Washiqur Rahman was killed by a group of extremists while on his way to work. On May 12, 2015, Ananta Bijoy Das was killed in the same fashion. On August 7, 2015, Niloy Neel was killed when six men tricked their way into Niloy's home, locked his partner in a room, and hacked Niloy to death. On October 31, 2015, Faisal Arefin Deepan, a Muslim publisher of secularist books, was killed at his publishing house. The same day, three others — Ahmedur Rashid Tutul, Tariq Rahim, and Ranadipam Basu — were seriously injured in a similar attack at another publishing house. And, on April 6, 2016, law student Nazimuddin Samad was attacked and killed while returning home from class.

Religious believers, LGBT rights activists, and university professors have also been subjected to threats and violent attacks. Between October and December 2015, 37 Christian leaders received death threats. On November 27, 2015, gunmen attacked a Shia mosque, killing one and injuring three. On December 25, 2015, a suicide bomber injured three at an Ahmadi mosque. On February 21, militants killed a Hindu priest and injured a devotee. On March 15, 2016, a Shia cleric was killed. On April 23, 2016, university English professor Rezaul Karim Siddique was hacked to death on his way to work. On April 24, another Hindu devotee was killed. On April 25, 2016, Xulhaz Mannan, editor of Bangladesh's first LGBT magazine, and a fellow LGBT rights activist and theatre artist, Mahbub Tanay, were stabbed to death. And on April 30, 2016, a Hindu tailor previously arrested and jailed for allegedly making derogatory comments about the Prophet Muhammad, was hacked to death.

The response from the Bangladesh government to these attacks has been extremely disappointing; the response to attacks on atheists and secular activists has been particularly disheartening. No one has yet been held to account for the killings. While some arrests have been made, few charges have been filed against the perpetrators. Some threatened atheists and secularists, who are on public hit lists released by militant Islamist groups suspected in ongoing attacks, have been told to self-censor or go into exile when requesting assistance from law enforcement. Many activists are also hesitant to approach the police, fearing that they could be charged under the Information, Communications, and Technology Act, which criminalizes writings that hurt religious belief. Government officials have failed to take action to help protect and support threatened atheists or secularists, or publicly condemn the killings. Officials have instead distanced themselves from the victims, or even appeared to blame the deceased for their own murders.

After the murder of Niloy Neel, Prime Minister Hasina stated, “You can’t attack someone else’s religion. You’ll have to stop doing this. It won’t be tolerated if someone else’s religious sentiment is hurt.” After the recent murder of Nazimuddin Samad, Home Minister Asaduzzaman Khan stated that part of the investigation would be “to see whether he has written anything objectionable in his blogs,” implying that would provide some justification for Samad’s death. Minister Khan would also state, “The bloggers, they should control their writing. … I want to say that people should be careful not to hurt anyone by writing anything — hurt any religion, any people’s beliefs, any religious leaders.” Just days later, Prime Minister Hasina shared similar sentiments, stating in regards to secular bloggers, “I consider such writings as not free thinking but filthy words. Why anyone would write such things? It’s not at all acceptable if anyone writes against our prophet or other religions. Why would the government take responsibility if such writings lead to any untoward incidents? Everyone should maintain decency. Or else the government wouldn’t take the responsibility for any uncivilised attitude.”

One need not agree with another person’s opinions on religion to recognize their right to express those opinions and live in relative peace. The answer to objectionable expression must not be violence, but counter-expression.

These killings of innocent writers, bloggers, publishers, activists, and religious believers — simply for peacefully exercising their basic freedoms — are robbing Bangladesh of bright minds and brave human rights defenders. It is inexcusable that government officials have, by and large, sided with violent extremists, asked citizens to self-censor, and failed to provide enough protection or hold the killers to account.

These rights include the liberty to adopt or not adopt a religious belief, to change or leave a religion or belief, to observe and manifest one’s religion or belief, either individually or in community, and to speak freely and engage in public discourse about one’s beliefs, ideas, or convictions — without fear of reprisal attacks or government crackdowns.

We therefore call on:

Today: Michael D. is counting on you