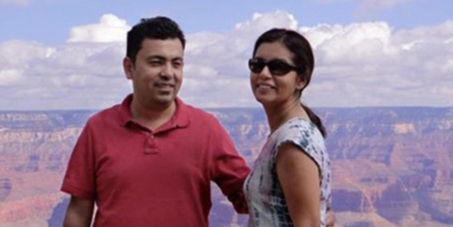 Sign this petition
Maryam N.
started this petition to
Bangladeshi Government
Like Mukto-muna, we are united in our grief and remain undefeated

We are outraged by the senseless and brutal hacking to death of well known scientist, atheist and writer Avijit Roy and the serious attack on his wife and blogger, Rafida Ahmed Bonya, by Islamists in Bangladesh.

Avijit had received numerous threats over the years for publishing articles critical of Islam, and promoting secular views, science and social issues on the Bengali-language blog, Mukto-mona (Free Mind), which he founded. He had travelled to Bangladesh from the US to attend a book fair where his book “The Virus of Faith” was being launched. It was whilst he was returning from the fair, that he was brutally killed.

This is not the first time atheists and secularists have been attacked in Bangladesh. In addition to the well known threats received by writer Taslima Nasrin, 29 year old blogger Asif Mohiuddin was stabbed and Ahmed Rajib killed in 2013. In 2004, Humayun Azad, a secular writer and professor at Dhaka University, was also attacked and later died.

Whilst Islamists have continued to threaten prominent bloggers and called for the “execution of 84 atheist bloggers for insulting religion”, the Bangladeshi government has done little to defend the lives and security of freethinkers. In 2013, the government even arrested bloggers and shut websites down instead of arresting the Islamists involved.

We stand united in our grief for Avijit Roy with Mukto-muna but remain undefeated. We unequivocally condemn the attack on Avijit and his wife and also the many threats against atheist, secularist and freethinking bloggers and call on the Bangladeshi government to prosecute the Islamists involved, guarantee the safety of dissenters and respect free expression. Freedom of expression, including to criticise Islam and Islamism as well as to blaspheme, is a basic right.

We are all Avijit.