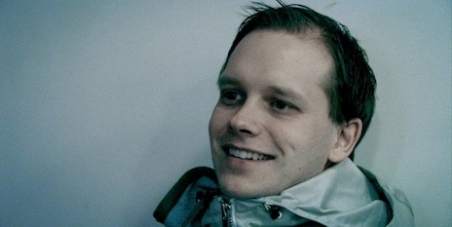 This petition is closed
50 Supporters
A H.
started this petition to
Beatrice Ask and the Swedish Ministry of Justice

"I am suffering tremendously – socially, physically, as well as psychologically – by the shortcomings of [the prison,] Västervik." ~ Peter Sunde, aka Brokep

Peter is most famous as Brokep, co-founder and spokesperson of the Pirate Bay. But his impact extends far beyond file-sharing. He also worked tirelessly to support creators through the payment system/social site, Flattr, and is bringing encrypted messaging to the masses through the app, Hemlis.

But now he is suffering in the restrictive conditions of Västervik prison, poorly suited to a non-violent offender accused only of "crimes" related to copyright infringement and fighting for a free and open internet.

Peter requested a transfer to a lower security class prison, specifically Tygelsjö, that would be more appropriate for his situation and would also allow him to be closer to his family, hopefully making his imprisonment more bearable. But weeks later, the Swedish authorities have not made any move to accommodate his request.

Peter has also requested access to food that he can actually eat. Prisons are required by law to provide a diet that respects prisoners' beliefs, however the prison diet at Västervik is so severely lacking in vegetarian and vegan meals that Peter has lost at least 7 kilos (~15 pounds) in just a few weeks. Healthy vegetables and plant-based meals are a very simple request, but there has been no effort to accommodate his dietary needs. Peter is clearly suffering serious physical and psychological stress because of the lack of nutrition available to him.

This is no way for the prison authorities to treat any person in their care. The excessive restrictions are especially shameful for a non-violent offender like Peter Sunde. The Swedish Ministry of Justice, which oversees the Prison and Probation services, must act immediately to lift the disgraceful conditions he is being kept in and to relieve his suffering by:
1) Transferring him to a lower class prison and
2) Providing sufficient nutrition for a plant-based diet.

Having served much of his sentence already at this point, Peter is still rotting in prison. This is particularly concerning because he expressed fears early on that he would be denied parole due to political reasons:

"Personally, I have been informed that I will not get any [parole] even though there are no legal obstacles."

Denying a non-violent prisoner parole purely on the basis of punitive political reasons is entirely unconscionable. Peter Sunde must be given a fair opportunity for parole, as is his right. As his sentence ticks by, we urgently call on the Ministry of Justice to ensure him this opportunity as soon as possible!

Today: A H. is counting on you