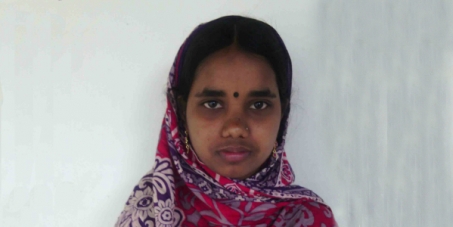 By continuing you agree to receive Avaaz emails. Our Privacy Policy will protect your data and explains how it can be used. You can unsubscribe at any time.
This petition has been created by Ilona K. and may not represent the views of the Avaaz community.

Sign this petition
Ilona K.
started this petition to
Benetton CEO, Marco Airoldi
My name is Mahinoor and I am 18 years old. I used to work on the fourth floor of Rana Plaza at Phantom Apparels Ltd in Bangladesh. April 24, 2013 – the day Rana Plaza came crashing down – is a day I will always remember. It’s a day I often wish to forget. It was the worst day of my life.

Benetton bought clothes from a factory in the Rana Plaza building. It is now the last major international brand with direct links to Rana Plaza, which has refused to give us even a penny in compensation. Benetton’s behaviour is shocking, shameful, and unacceptable. Please help us hold Benetton accountable and sign this petition.

On the day Rana Plaza collapsed I was working on the fourth floor of the building. A machine fell on me. I was stuck, and couldn’t get out. The only reason I was able get out from under the machine is because a colleague never gave up and continuously kept trying to free me.

When I was trapped in the rubble with my colleagues, we kept looking for a way to escape. But, we couldn’t find a way out. This was horrifying. We thought we would die in there, buried under the rubble. After a long time we realized that some people from the outside were trying to break the wall and suddenly we found hope. I found hope.

We need this compensation to replace our lost earnings and so we can begin to rebuild our lives. I have a father who is very ill and have to look after my parents. I have to earn money, but I'm too haunted by my memories to work in a garment factory again.

I suffered permanent injuries as a result of the disaster, including the loss of a toe. I still have health problems including a poor memory, which makes it difficult to find more work. More importantly, many of my coworkers and friends suffered terrible deaths. I am still carrying the shock of Rana Plaza and sometimes I wonder if I will ever be able to fully recover and move on.

This is why I am demanding full and fair compensation for all of us who were affected by the Rana Plaza tragedy. We believe that all the buyers of Rana Plaza must pay our compensation since we worked hard making them clothes and then were either injured or killed in the process.

I know that Benetton said they donated to a charity, but this is not the same as receiving money that we are rightfully owed. When I was in the hospital I received some money to set up a shop - I don’t know who paid this money or why they gave it to me and I didn't get to choose what to use that money for. Charity is not the same as compensation. We do not want charity. We want to be paid full and fair compensation, which is our right.

The bottom-line is that after everything we have gone through, we should not be forced to beg or rely on charity for our living. We are entitled to full and fair compensation from Benetton. We’ve seen how international action has held other brands to account. With your help, Benetton will not be able to simply ignore their responsibility.

Please join us in this fight for justice.
Report this as inappropriate
There was an error when submitting your files and/or report.
Inaccurate Inappropriate language Hate speech Illegal Commercial/spam Offensive