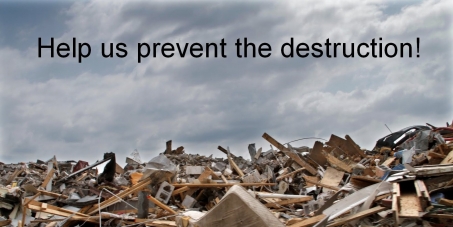 By continuing you agree to receive Avaaz emails. Our Privacy Policy will protect your data and explains how it can be used. You can unsubscribe at any time. If you are under 13 years of age in the USA or under 16 in the rest of the world, please get consent from a parent or guardian before proceeding.
This petition has been created by Nir B. and may not represent the views of the Avaaz community.
x

Sign this petition
Nir B.
started this petition to
Benjamin Netanyahu (Israeli prime minister)
A war between Israel and Iran might leave millions of dead in both countries. However, despite the agreement that has been reached in connection with Iran's nuclear program, the Israeli prime minister plans a military strike against Iran. Let us call him to refrain from this unjustified plan. Benjamin, refrain!

By supporting this campaign you can save lives. Not Tens of lives. Not Hundreds of lives. Not even thousands of them. You can save millions who reside in two different countries (at least)! Saying NO to a disastrous war is essential, but extremely simple! Please note that other revelations of conflict and/or violence in the pertinent region do not compensate against the danger of an all‐out war.

Please accept our heartfelt thanks for your support. We would be grateful if you could also tell others about this petition. (Signers so far belong to many nationalities, but only the last four are shown.) [November 2018].
Report this as inappropriate
There was an error when submitting your files and/or report.
Inaccurate Inappropriate language Hate speech Illegal Commercial/spam Offensive