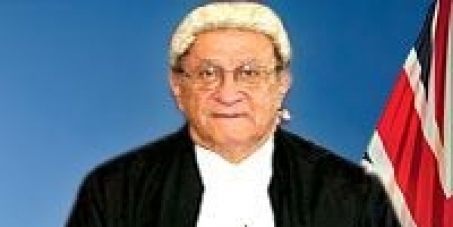 By continuing you agree to receive Avaaz emails. Our Privacy Policy will protect your data and explains how it can be used. You can unsubscribe at any time. If you are under 13 years of age in the USA or under 16 in the rest of the world, please get consent from a parent or guardian before proceeding.
This petition has been created by Robert M. and may not represent the views of the Avaaz community.
x

Sign this petition
Robert M.
started this petition to
Hon. George Fergusson, Rt. Hon. Edward Zacca OJ
The Bermuda Court of Appeal has previously released audio recordings of its proceedings to parties upon payment of a fee. No longer, for since in or about June 2011 the Court has refused to release either the actual audio recordings or transcripts made from these recordings. Various explanations have been given, but the most common reason is simply that the President of the Court of Appeal, Justice Zacca, has ordered that they are not to be released.

This is important not only because the Court should be seen to be transparent but, significantly, because persons appearing before the Court - who placed reliance on being able to obtain these recordings - are being hindered in their ability to proceed with filing further appeals.

I believe that I am legally entitled to a record of my hearing, and that my rights are being ignored by being denied. It is not only me affected; I know of other litigants who also believe that they are put at a severe disadvantage by being refused recordings. I understand that complaints have been made to the former Governor and the Foreign and Commonwealth Office. These have, thus far, fallen on deaf ears. The issue is now critical, and your help is needed.

This matter may not affect you directly today, but it could tomorrow and ought to be of concern to all. Please therefore help to right this wrong.

Today: Robert M. is counting on you