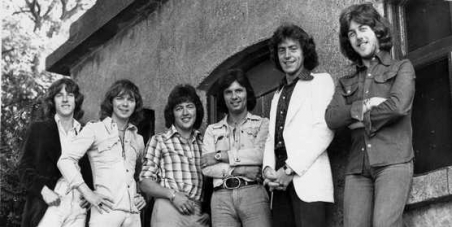 Irish Rock Stars, When will you join us in publicly condemning the murder of Irish Musicians by British Security Forces?

By continuing you agree to receive Avaaz emails. Our Privacy Policy will protect your data and explains how it can be used. You can unsubscribe at any time. If you are under 13 years of age in the USA or under 16 in the rest of the world, please get consent from a parent or guardian before proceeding.
This petition has been created by Tom S. and may not represent the views of the Avaaz community.
x

This year we mark the 40th anniversary of The Miami Showband Massacre when, during a carefully planned attempt to frame the hugely popular young band as terrorists, three innocent Catholic and Protestant musicians were savagely murdered by British security forces in collusion with the Loyalist terror organisation, The UVF. In the early hours of July 31st, 1975, while attempting to hide a bomb on the band’s minibus at a bogus security check, two terrorists blew themselves up when the device they were secretly planting exploded prematurely. To eliminate all witnesses, the rest of the gang then opened fire on the unsuspecting musicians, murdering three of them: Lead vocalist / keyboard player, Fran O’Toole, lead guitarist, Tony Geraghty and trumpeter, Brian McCoy, all died at the scene. Two serving members and one former member of the British security forces’ C Company 11 UDR were subsequently convicted and received life sentences; all three were also members of the Loyalist Mid-Ulster unit of The UVF terror organisation. The leader of the gang, Robert “Robin” Jackson, a former member of The Ulster Defence Regiment, avoided arrest following a tip-off given to him by RUC Special Branch police officers and, despite clear evidence linking him to the killings, Jackson was never charged with the murders. A recent investigation into The Miami Showband Massacre by the British Historical Enquiries Team (HET) identified Robin Jackson as a Police Special Branch agent. He died of natural causes in 1998 aged 49. The British Army Officer, with the posh English accent, in overall charge at the murder scene, has never been positively identified. Had this evil plan succeeded, every Irish person, especially Irish musicians, would subsequently have been viewed as potential terrorists and the British authorities given carte blanche, by an unsuspecting world, to deal with the Irish as they saw fit i.e. in much the same way as many innocent races are dealt with today by powerful nations and falsely demonised by their compliant media. Fortunately, the wicked plan failed because, although critically wounded, the band’s bass player and saxophone player survived their horrific injuries and lived to tell the truth.
Now, forty years on, with the courageous and unyielding support of "Justice For The Forgotten" and "The Pat Finucane Centre", the surviving members of The Miami Showband Massacre, bass guitarist Stephen Travers and saxophonist, Des McAlea, are taking a civil action against The British Ministry of Defence (MOD) and The Chief Constable of The Police Service of Northern Ireland (PSNI) for direct involvement in the outrage. Thankfully, this action will not be fought with bricks, bottles or petrol bombs on the streets of Belfast or Derry! It will not be a riot or a running gun-battle! This time, nobody has to die! Unlike the ordered practice of British security forces in 1975, this will not be a secret, murderous campaign waged against the innocent; instead, it will be open and transparent. The impending battle between this modern-day David and Goliath will be fought in a peaceful and civilized manner through the law courts where the truth about British state-terrorism in Ireland will be laid bare for all the world to see.
On hearing the story of The Miami Showband Massacre for the first time, in an address by Stephen Travers to an international Radicalisation-Awareness convention, the former Beirut hostage, Terry Waite, exclaimed "Good Lord, they (the British) certainly kept this one quiet”.
But, it is no longer morally acceptable to “keep this one quiet”. The time is long overdue for all responsible commentators to speak out publicly against the murder of a Rock n Roll band. The honourable and decent British public have no idea that this outrage was carried out in their name but they must be told in order to prevent it happening again!

Today, the survivors of The Miami Showband Massacre call on every self-respecting musician in the world to stand shoulder-to-shoulder with them in their upcoming fight for justice against a regime that viewed innocent, Catholic and Protestant musicians as nothing more than lambs for the slaughter in pursuit of its own political and military objectives. We gratefully acknowledge the courageous support of our fellow Irish, British, European and American artists along with that of musicians, artists and writers from around the world and we now call on music celebrities that have the ear of world leaders to break their long and perplexing silence on this outrage and to use their powerful voices to demand justice for their slaughtered and permanently injured fellow musicians.

In another time and place…“Well tonight, thank God it’s them instead of you”.