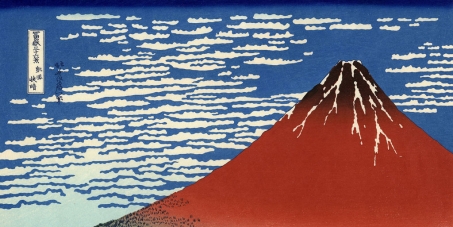 Boycott " Mt.Fuji " as a tourist. As long as (Futo/Ito)Shizuoka P. continues slaughter and captures of dolphins.

"Chiba Prefecture " is one of the prefectures with a big whaling harbor in Japan.Does he hide the fact and show "the tender-hearted Japanese"? If Chiba residents consider the life of a whale, They have to look that Chiba Prefecture is the greatest coastal whaling prefecture.This professor is a hypocrite and is not fair all. what is he teaching at the university? " Manipulation of information" ?

This is negotiation with the world and Ito / Governor Shizuoka
I will not visit "Mt. Fuji" as long as ( futo / Ito ) Shizuoka Prefecture continues slaughter and captures of dolphins , small whales. as a tourist.

I want you to boycott "Mt. Fuji" as a tourist.

The place in many worlds expects registration to world heritage aimed at obtaining the tourist.
Of course World Heritage is an international sightseeing spot. so every places want to be.

One after another, world heritage authorization is given to the prefecture with the homeport of coastal whaling and a big whaler.
The power of a whaling lobby group is mighty? They have a perfect fund based on tax? this is so weird, is't it ?
The beginning of 2013, It is too famous that tsunami revival money was used for whaling industry.

This famous mountain "Mt. Fuji" belongs to Shizuoka Prefecture and Yamanashi Prefecture.
The dolphin fishery is performed in the Shizuoka coastal area including" Ito".

The animal protection law of our country is not adapted for the coastal sea mammals. It is a very sly skillful law.
The governor of each prefecture gives permission of coastal dolphins.
The Ministry of Agriculture, Forestry, and Fisheries gives permission of coastal whaling.
Shizuoka Prefecture never stops slaughter and captures of dolphins and small whales for the reason of important " resources".
They express a dolphin as "marine resources" frequently.
A slaughter, dealing, a slave,,,,,, anything they want .

The tourists from the world must be important "resources" for two prefectures.
Which does Shizuoka Prefecture want to choose for the future?

;Heita Kawakatu /Governor of Shizuoka Prefecture
http://www.pref.shizuoka.jp/a_foreign/english/index.html
web-kokusai@pref.shizuoka.lg.jp
;(Shizuoka Prefecture Office)
World Heritage Office, Community Affairs Department,
Shizuoka Prefectural Government
sekai@pref.shizuoka.lg.jp
;Shoumei yokouchi / Governor of Yamanashi Prefecture
http://www.pref.yamanashi.jp/english/index.html
global@pref.yamanashi.lg.jp
;(Yamanashi Prefecture Office)
World Heritage Division, Planning Department,
Yamanashi Prefectural Government
sekaiisan-sn@pref.yamanashi.lg.jp
;World Heritage Centre / UNESCO
http://whc.unesco.org/en/world-heritage-centre/
wh-info@unesco.org
;Ministry of Education, Culture, Sports, Science and Technology ( MEXT)
http://www.mext.go.jp/english/
voice@bunka.go.jp
;Ministry of the Environment Government of Japan
Ministry of Environment natural environment office
http://www.env.go.jp/en/
shizen-some@env.go.jp
;Nobuteru Ishihara (Minister of the Environment)
http://www.nobuteru.or.jp/english/index.html
nobuteru@nobuteru.or.jp
_____________________________________________________
*The Minister of Agriculture, Forestry and Fisheries holds up a broken theory, and is continuing fake research whaling by the Antarctic Ocean.
http://en.mercopress.com/2013/02/27/fisheries-minister-says-japan-will-never-stop-hunting-whales-it-s-part-of-our-culture
The Japanese government wants to make it thought "Japanese people need ingestion of whale meat" for overseas, and is desperate.
*In Japan, the balance of "the demand and supply" of whale meat has collapsed long ago. They have 5000 t. ~ 6000 t. of frozen stockpile meat. This slaughter is continued why? And whaling by the Antarctic Ocean of a Self-Defense-Forces guard.
* Japan's Institute for Cetacean Research (ICR) controls major media, and many of Japanese of "whether the world is angry about what" are still ignorant about a whale issue.
*The Japanese government bought the vote of IWC with ODA money, and filled this slaughter even with Government Recovery Funds Stokes.
*Icelandic the endangered fin whale whale hunt were resumed. For the reason exported to Japan .(Many Japanese do not know that fin is endangered species. It does not know that Iceland resumed whaling for Japan, either. Furthermore, a dog snack is not known, either.)

[Many specialists are inquiring about the dolphin. I am not in a speciality. Please investigate details.]

toshio Y. needs your help with "Boycott " Mt.Fuji " as a tourist. As long as (Futo/Ito)Shizuoka P. continues slaughter and captures of dolphins.". Join toshio Y. and 651 supporters today