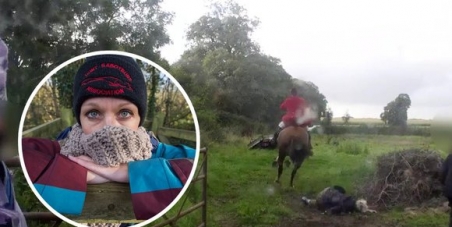 By continuing you agree to receive Avaaz emails. Our Privacy Policy will protect your data and explains how it can be used. You can unsubscribe at any time.
This petition has been created by Saba H. and may not represent the views of the Avaaz community.

After emergency help was called for, hunt supporters blocked the ambulance, therefore preventing it from attending to the unconscious sab.

The CPS have decided not to prosecute although they were furnished with all of the information, videos and reports.

We are asking that the CPS review the decision and reverse this miscarriage of justice.


Also, you can contact hunt members and ask why the huntsman (Mark Doggrell) is still riding out with them? :
http://badger-killers.co.uk/wp-content/uploads/final-blackmore.pdf
Report this as inappropriate
There was an error when submitting your files and/or report.
Inaccurate Inappropriate language Hate speech Illegal Commercial/spam Offensive
×

Today: Saba H. is counting on you