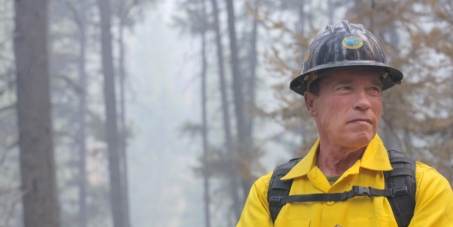 Arnold Schwarzenegger. Call yourself an environmentalist? Terminate your investments in deforestation!

This petition is closed
50 Supporters
Alice H.
started this petition to
Call yourself an environmentalist Arnold Schwarzenegger?

Arnold Schwarzenegger supports action against climate change and is about to star in James Cameron’s ground-breaking climate TV series– Years of Living Dangerously. Hypocritically, he is privately lining his pockets from the proceeds of the very deforestation that the show highlights as a major cause of global warming. Arnold, terminate your investments in deforestation and climate change! Pull out of Dimensional Fund Advisors, or have them drop deforestation companies now.

Evidence obtained by Global Witness and Friends of the Earth reveals that co-producer and star of Years of Living Dangerously Arnold Schwarzenegger is also part-owner of Dimensional Fund Advisors, a major US investment firm which holds more than three-quarters of a billion dollars’ worth of shares in a range of logging and palm oil companies. These include one previously linked to arms trafficking during a brutal civil war in Liberia, and many others burning and bulldozing the orangutan-populated forests of Southeast Asia, sometimes illegally.

This is more than embarrassing, it threatens to undermine the integrity of the most ambitious and accessible story about climate change ever aired.

Years of Living Dangerously premieres on April 13 on Showtime, with Schwarzenegger starring in episode two a week later. He stars alongside Harrison Ford (fighting deforestation in Indonesia), Matt Damon, Don Cheadle, Jessica Alba and others. We have to use this opportunity to turn the climate spotlight on Arnold: Arnold, terminate your investments in deforestation! Pull out of Dimensional, or have them drop deforestation companies now.

Check out our video here: https://www.youtube.com/watch?v=X5OweGvKhLE