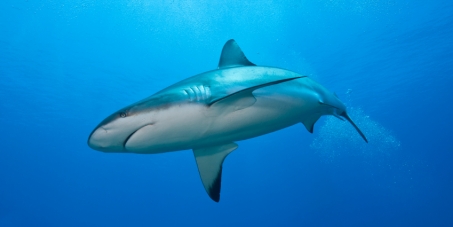 Canada, It's Time to Ban the Shark Fin Trade!

By continuing you agree to receive Avaaz emails. Our Privacy Policy will protect your data and explains how it can be used. You can unsubscribe at any time. If you are under 13 years of age in the USA or under 16 in the rest of the world, please get consent from a parent or guardian before proceeding.
This petition has been created by James M. and may not represent the views of the Avaaz community.
x

Update: Mar. 27, 2013 - A Private Members Bill to ban shark fin imports by NDP MP Fin Donnelly was narrowly defeated in the Canadian House of Commons: 143-138, with 3 Conservatives actually voting for the ban. Time to ramp up the pressure on Canada's Federal Government! http://www.vancouversun.com/Government+defeat+proposal+shark+imports/8161334/story.html

Sharks - the apex predators of the oceans are rapidly disappearing! Fishermen have killed these monsters of the sea for their fins, usually used in Shark Fin Soup - a delicacy in some Chinese restaurants. Over hunting of the world's largest fish has caused severe declines among many shark species, including the iconic Great White. UN estimates show a population collapse of 90% in the Mediterranean and the Gulf of Mexico.

The situation has become so dire that China has decided to ban Shark Fin Soup at official state banquets. In the U.S. several states to date (including California and New York), have introduced state-wide bans on shark fins, with more in the process of introducing bans.

Several British Columbia cities have opted to ban shark fins. Vancouver and 2 of its suburbs have considered banning shark fins. The practice of killing and finning sharks in Canadian waters is already illegal. However, imports of shark fins as of yet haven't been banned nationwide.

Sharks help to maintain an important balance in our oceans, keeping the populations of smaller fish in check. If sharks were to become extinct, it would spell disaster for ocean ecosystems worldwide, as the food supply for smaller fish wouldn't be able to meet the ever increasing demand!

Time is running out for the world's shark populations so please sign and share the petition to tell Canada's leaders to ban the trade of shark fins nationwide and take a big step in preserving the world's vital oceans.

It's time to take a bite out of the Shark fin trade!

Should Shark Fin Soup be banned in Canada?
http://www.cbc.ca/news/yourcommunity/2012/08/should-shark-fin-soup-be-banned-across-canada.html

Today: James M. is counting on you