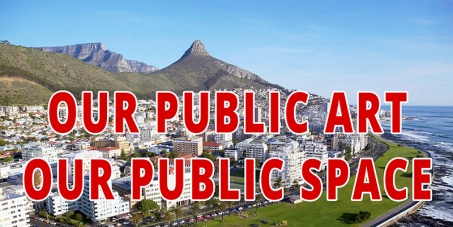 Advertising and art do not have the same function. Advertising is always guided by a defined objective: to sell a commercial product. Art, on the other hand, encourages broader thinking that may stray outside of the confines of immediate profit. This broader thinking is especially the main goal of public art.

We raise the following legal and ethical issues followed by our demands:

Art54 stated its intention to commission "Work that promotes new and innovative ways of thinking about art in public spaces" but a recognizable brand product is not new and original, nor is the idea of outsized models of sunglasses, which are a fairly common sight around the world.

The conceptualization of the work has, according to both the city and Art54, deviated from its original terms submitted in its proposal. This represents non-delivery on a contract. As this has been publicly admitted to be the case, why has the piece not been removed?

Despite being at pains to represent themselves as different in this regard from National Government, Western Cape local government has been exposed by this artwork as spending public money irresponsibly and using public space inappropriately.

We the signatories therefore demand:

a) A full independent investigation that explains how Art54 and the City of Cape Town allowed public art to function as advertising
b) A full investigation of Ray-Ban's involvement, including the investigation of their strategists in conceptualizing and supporting the artwork
c) A response from the City as to what actions will be taken to prevent situations like this from taking place in the future

Today: Brenden G. is counting on you