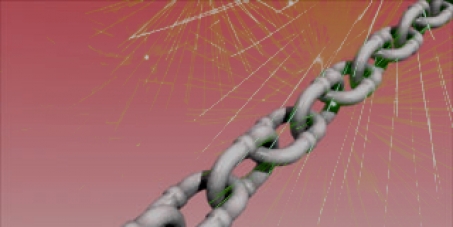 Chain-letter for a global referendum

By continuing you agree to receive Avaaz emails. Our Privacy Policy will protect your data and explains how it can be used. You can unsubscribe at any time. If you are under 13 years of age in the USA or under 16 in the rest of the world, please get consent from a parent or guardian before proceeding.
This petition has been created by Peer N. and may not represent the views of the Avaaz community.
x

Sign this petition
Peer N.
started this petition to
All of us
We still don't have a plan to deal with global warming. The UN's climate conference in Doha failed, and we must realize that the UN is unable to make these decisions. Environmental problems are long term and global, while the world's nation-states are ruled by short term self-interest.

We need to create a directly-elected and democratic institution that is authorized by humanity to pass global laws. At Vote World Parliament, a non-profit NGO, our mission is to collect a gigantic global mandate and then, upon that basis, to create this body.

We have spent years debating and seeking the key question that has to be answered by the human race in a global referendum, and here it is:

"Do you support the creation of a directly-elected, representative, transparent, and democratic world parliament that is authorized to legislate on global issues?"

We need a democratic world parliament so that the people of the world are able to influence all world-wide issues. Our opponents suggest that a world parliament would limit a nation's autonomy. However, it is precisely this self-interested autonomy that is the root of the problem. Democratic principles apply very well at the city (municipal), state (provincial) and national levels. There is no reason why they cannot work at the global level.

Total transparency safeguards built into the world parliament will ensure that there would be no corruption or fraud in this system (see Chapter 5 of the digital book, Rescue Plan for Planet Earth, available free at the VoteWorldParliament.org website). And with such assurances, global tyranny is sent back to the keyboard of the science fiction writer, where it belongs.

We can solve all of our environmental, human rights and military problems if we start working together, globally. Avaaz has taken an important first step. The next step is to give all Internet users a renewed political influence through a global referendum.

Do you know how a chain letter works? Let's launch the world's first global referendum as a chain letter, meaning that once you vote, you have to make sure that at least 2 other people vote ... and so on (2, 4, 8, 16, 32, 64, 128 ... etc. - the totals should rise exponentially). If a majority of the world's citizens (those 16 or older) participate in the global referendum and at least 2/3rds of them support the proposal, the resulting "global mandate" will be considered not only politically compelling (who can dismiss the expressed will of the entire human race?) but as legally binding under international law (see Chapters 10 and 11 of Rescue Plan for Planet Earth)!