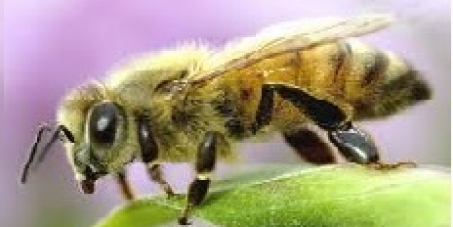 By continuing you agree to receive Avaaz emails. Our Privacy Policy will protect your data and explains how it can be used. You can unsubscribe at any time. If you are under 13 years of age in the USA or under 16 in the rest of the world, please get consent from a parent or guardian before proceeding.
This petition has been created by Mike T. and may not represent the views of the Avaaz community.
x

Sign this petition
Mike T.
started this petition to
Prime Minister Stephen Harper, President Barrack Obama
There have been petitions in Europe to save the Bee population due to Insecticides. However everyone is ignoring another Bee Killer - EMF's.
When cellular phones were placed near hives, the radiation generated by them (900-1,800 MHz) was enough to prevent bees from returning to them, according to a study conducted at Landau University.
Scientists believe the radiation produced by cellular phones may be enough to interfere with the way bees communicate with their hives. Cellular phones may create a resonance effect that interferes with the movement patterns bees use as a kind of language.
Most recently, experiments by Sainuddeen Pattazhy, a researcher and dean in the department of zoology at SN College, Punalur, Kerala, also found that microwaves from mobile phones appear to interfere with worker bees' navigation skills.

When Pattazhy placed mobile phones near beehives, the hives collapsed completely in five to 10 days. The worker bees failed to return home and vanished, never to be found. Adding to the mystery, parasites, wildlife and other bees, which would normally raid the abandoned hives, would not go near the collapsed colonies.

Smart Meter radiation, as established by a Court in Santa Cruz, California, is 50 to 480 times even more powerful/dangerous than a cell phone! What devastating effects will the forced SmartMeter Grid end up having on these insects so needed to sustaining life on this Planet?

Today: Mike T. is counting on you