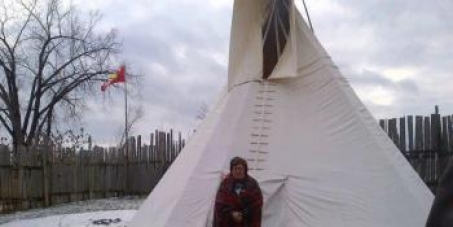 Dear Prime Minister Stephen Harper & Governor General David Lloyd Johnston,
As you by now know, Chief Theresa Spence is on Victoria Island, less than a ten minute walk from your offices in Ottawa, on a Hunger Strike, waiting for a meeting with you since December 11th, 2012. The situation is dire and is one that does, threatens death; a commitment that Chief Spence has made on behalf of her Peoples. The great pain and inaction that has perpetuated this desperate action is only growing nation wide, and it would behoove us all to have you meet with her and to formulate a plan of action together. A plan towards a brighter future for everyone.
We, as Canadian Citizens, as First Peoples Citizens and as World Citizens care very deeply for the life of this great Woman, Mother and Chief, and we do not want her to die. But, only you, Prime Minister Harper and Governor