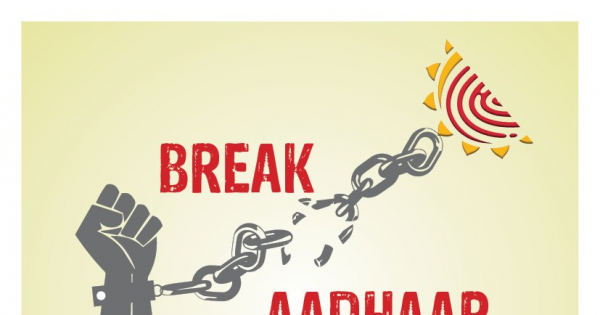 Sign this petition
Kamayani M.
started this petition to
Chief Justice of India
The Unique ID, or Aadhaar scheme, infringes on Constitutionally guaranteed fundamental rights, but does not guarantee the sovereignty of the data provider nor the security of the data collected. A substantial portion of this data, central to the scheme's operation, has been collected through coercion including mandating exclusion from essential services; maintained by private operators; and linked with private organizations such as telecom companies and banks. Aadhaar offers a powerful new instrument of state surveillance, going against both the letter and the spirit of Constitutional promises of justice, equality, and liberty by deliberate design &dash originally as an Executive Order, now legislated through the ill&dashcomposed Aadhaar Act, 2016 (which is facing Constitutional challenge having been passed as a Money Bill).

We, the people of India, hereby demand that the Government of India, and the various State Governments compensate for the loss of lives and livelihood caused by promulgation of the Aadhaar Scheme (since 2016, the Aadhaar Act), by&colon

1) Completely halting further enrollment into the Aadhaar scheme and imposing a moratorium on seeding Aadhaar to any welfare schemes, government programs, or corporate services.

2) Striking down the Aadhaar Act, 2016 , as it violates the Fundamental Right to Privacy given the lack of limitation of purpose and the arbitrariness in application, and passing legislation to delete all data collected since the inception of the Aadhaar scheme, from the Central Identities Data Repository (CIDR), State Resident Data Hubs (SRDH), National Population Register (NPR) or any other databases wherein the Aadhaar numbers may have been stored.

3) For those who have been denied any welfare benefit or subsidy, due to the Aadhaar scheme, amounting to loss of life, liberty, or livelihood, award the highest monetary compensation possible (to the next of kin where need be). Where not linking to Aadhaar has led to a "civil death" &dash or loss of identity and associated fundamental rights, we demand a full restoration of identity and rights , with a public apology tendered in Parliament by the Prime Minister.

We further demand that the following measures be executed urgently&colon
1) An immediate restoration of the status quo in line with the Supreme Court's orders dated September 23, 2013, and August 11, 2015, &dash i.e., "the production of an Aadhaar card will not be a condition for any benefits otherwise due to a citizen", and, "...the Aadhaar card scheme is purely voluntary and it cannot be made mandatory till the matter is finally decided by this [Supreme] Court one way or the other".

2) Allowing residents of India currently enrolled for Aadhaar to (a) "opt&dashout" of the Aadhaar scheme and have their personal and biometric data deleted from the Aadhaar database, and (b) use other officially valid documents as proof of identity, date of birth, or residence, as the case may be.

3) A Supreme Court&dashmonitored investigation into the exclusions and infringements upon civil liberties caused by Aadhaar, with a view to verifying the claims made by representatives of the Government of India, the Unique ID Authority of India, and other agencies in setting up and promulgating the scheme.

4) Putting in place stringent measures to limit the scope, purpose and utilization of Aadhaar , either as a number in tandem with biometric authentication, or as an identity card displayed on demand.

5) A thorough audit of the Aadhaar database and the security protocols currently in place in order to examine the integrity of the database from the time of creation, including an investigation of the different contractors with whom the data might have been shared; the personnel involved and their communications; and the hardware and systems employed (particularly those managed by third&dashparty/independent contractors), in order to validate assurances that none of the data collected for Aadhaar &dash in particular biometric data &dash was at any time stored on external hardware outside the premises of the CIDR. Given the perceived threat to India's sovereignty and national security engendered by sharing or leaking of the Aadhaar database, such an investigation should necessarily involve highly&dashqualified members of the military and intelligence communities, besides civil society representatives and advocates of civil liberties.

6) Appoint an ombudsman to investigate the rampant identity fraud enabled by promulgation of the Aadhaar scheme without limitation of purpose, particularly in light of the UIDAI's consistent refusal to address public concerns and complaints on instances of fraud.

7) Impose proportionate penalties and punishments on any and all personnel found guilty of leveraging any segment of the Aadhaar scheme, the data collected, or the agencies involved for personal profit, especially to the detriment of civil liberties of the residents of India and the security of the nation.

We hold that the Aadhaar scheme was poorly conceptualized, and its promulgation involved, particularly during the early stages, agencies whose credentials are suspect at best and mala fide at worst. Further, the scope of the Aadhaar scheme has been transformed so entirely since its inception as to make it a credible threat to individual civil liberties of the residents &dash and citizens &dash of India, and to the security and sovereignty of our country. We urge all relevant parties to immediately take the necessary steps to contain the danger presented by Aadhaar, at the earliest. This petition will be del