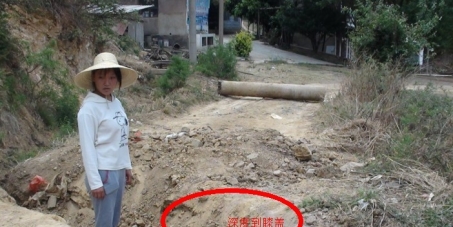 By continuing you agree to receive Avaaz emails. Our Privacy Policy will protect your data and explains how it can be used. You can unsubscribe at any time.
This petition has been created by Robert H. and may not represent the views of the Avaaz community.

It is of global significance that China, the world's most populated country, has a vibrant and expanding ecovillage movement. That Chinese citizens are voluntarily seeking more sustainable ways of living is of importance for all mankind. Therefore it is urgent for all of us to give moral support to save "the Second Home of Lifechanyuan”, the largest ecovillage in China which is now under threat. Local provincial government is trying to disband this successful and harmonious community within the next 3-4 months.

The Second Home is a very rare example in China of an ecovillage community that practises a fully communal way of living which is key to reducing our ecological footprint. The ecovillage was established in May 2009. This ecovillage has three branches located in Yunnan Province and 150 permanent members. There have been guests from 15 countries visiting this ecovillage, which has proven to be open and well-organised.

The third branch located at Chuxiong was verbally notified that the local government had decided an alternative use of the land. Vandals have cut off the road and power lines to the ecovillage and torn down the main gate. Local government officials even contacted the families of community members and told them that the founder of the community Xuefeng is "a big cheater", and threatened the families who work for the government that they would loose their jobs if they do not take their relatives back home immediately. The local government representatives tried all means to persuade the community members to go home by threats and intimidation. No police assistance has been forthcoming and no formal eviction notice delivered. The two other branches are now under the same threat.

The example of sustainable communal living without focus on material wealth is considered a threat by some rather than the hope it in fact is. The existence and growth of the Chinese ecovillage movement gives all of us hope that all humans can live in harmony on the Earth. This ecovillage is totally in line with the highest pursuit of Chinese Communist Party. Therefore we ask Chinese President Xi Jinping, the Chinese central government and the United Nations Human Rights Council to intervene and save the ecovillage. Please sign and show your support for the rights of the Second Home and the Chinese ecovillage movement. For more info see: https://civi.gen-europe.org/node/62

Today: Robert H. is counting on you