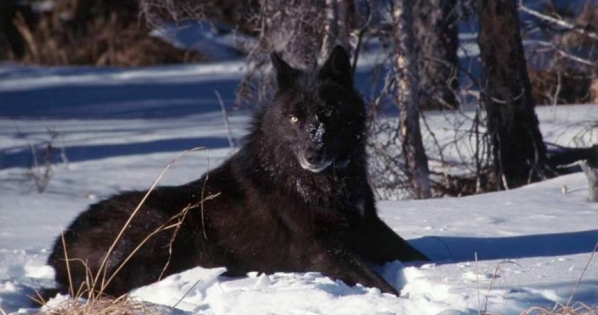 Stop the Wolf cull in BC

By continuing you agree to receive Avaaz emails. Our Privacy Policy will protect your data and explains how it can be used. You can unsubscribe at any time. If you are under 13 years of age in the USA or under 16 in the rest of the world, please get consent from a parent or guardian before proceeding.
This petition has been created by Sherri V. and may not represent the views of the Avaaz community.
x

Sign this petition
Sherri V.
started this petition to
Christy Clark, premier of British Columbia, Canada
We can properly protect the mountain caribou and wolves by stopping industrial encroachment on their habitat.

Nearly 200 wolves are being shot from helicopters in an unjustified attempt to save an endangered caribou herd in western Canada. And these killings are likely to go on for five years.
Oil, gas, mining, and logging companies have been trashing the mountain caribou's habitat for decades , but instead of curtailing this industrial habitat destruction, the British Columbia (BC) provincial government is scapegoating wolves, condemning them to a gruesome death.
This cull is just a stopgap measure and not a viable long-term solution to the caribou's problems . It will, however, cause immense suffering to the wolves, who are highly social and intelligent creatures.
Tell the BC government to stop the industrial encroachment of the caribou's and wolves' territory! Decades of habitat destruction and human encroachment have led to this tragic situation. The BC government needs to be protecting the caribou's critical food and natural habitat, such as lichen-rich interior forests.
Part of the problem is the caribou's natural protection from wolves has been undermined by commercial activity .
Normally, thick winter snow is enough to keep them safe from most predators, but the wolves have been using the industrial infrastructure of pipeline corridors, roads, railways and snowmobile trails to move through the landscape and hunt.
Some feel the cull is awful but necessary to save the caribous, and others feel the cull should be cancelled outright -- but fundamentally, the BC government should never have let the problem get to this point.
We need to stand up for nature against profit-making companies who are destroying our wildernesses all over the world. These innocent wolves, who are right now being hunted from the skies, are a powerful symbol of how the long-term future of the natural world is being sacrificed for short-term profit.
Please add your voice to ask BC to place responsibility at the feet of the oil, gas, mining and logging companies who are causing the real damage to caribou and wolves.
Sign the petition asking the BC government to protect caribous and wolves from industrial encroachment.

Today: Sherri V. is counting on you

Sherri V. needs your help with "Stop the Wolf cull in BC". Join Sherri V. and 2,535 supporters today